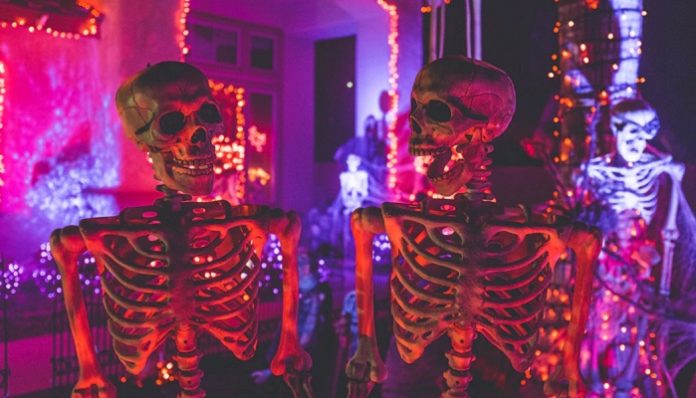 Spooky season is here so many of us are preparing various celebrations. Although we may not be able to go ‘trick or treating’ with our friends this year, we can still decorate our houses with jack-o’-lanterns, or host a family party filled with great music. If you plan to do the latter, Unwritten has gotten you covered. Indeed, we always hear songs such as Thriller or Ghostbusters on the radio, but this list of songs will help you “rock on” this Halloween season.

1. Spellbound – Siouxsie and the Banshees

Sometimes, we all want magic and rhythm on our playlist. Spellbound, a song produced by Siouxsie and the Banshees, conveys the mysterious part of magic tricks. The song wasn’t supposedly wasn’t expected to be a hit, but the energetic tune hinted otherwise. In fact, Spellbound marked a new era of music — a genre now known as “Gothic rock.” However, despite the music categorization, the lyrical connotations, imagery, and symbolism describe the perception of ‘magic,’ which makes it perfect for All Hallows’ Eve.

Disclaimer: Lyrics may be dark and also be sure to find a translator tool.

The German group Rammstein hit the scene in 1994. Mainly known for their singles Deutschland and Du Hast, the band has achieved notorious success worldwide. Nevertheless, Rammstein continues to produce very Halloween-friendly songs. If you’re into scary stories and haunted houses, Spieluhr may be the song for you. However, before listening, try to brush up on your German.

3. Wish I Had an Angel – Nightwish

Disclaimer: Nightwish recently made headlines when they fired their booking agent due to allegations of sexual assault.

Nightwish is one of Finland’s most well-known bands, thanks to their amazing vocals. Their song Wish I Had an Angel has been used as a soundtrack for the movie, Alone in the Dark. For those looking to add some variety to their playlist with a symphonic metal song, Wish I had an Angel may be one of the best choices.

4. Army of The Night – Powerwolf

Many people know Powerwolf for their powerful songs and vocals. Formed in 2004 in Germany, the band has released a number one album in their native country. With that being said, Army of The Night is the perfect song for a Halloween fanatic who craves a party. Everyone will sing and dance to the upbeat tunes in no time.

If you want to fly on a broom with your friends during a Zoom Halloween party, blasting Night Witches is definitely the perfect song. However, before doing that, it is better to know the meaning of the song. Believe it or not, the song is not about witches at all — even though they use the word “witches” more than once. In fact, the term “witch” is used as a symbol to describe female fighter pilots in World War II. Well, what did you expect? Halloween songs are usually filled with mysteries and tricks.

Are you ready to dress up as a Disney princess for Halloween? Well, fear not because there’s a song to complement your outfit. Although the song is actually based on a German fairy tale, the high-pitched tune and lyrics are applicable to any character costume from every magical story.

Orden Ogan is a German band known for their heavy riffs and sing-along lyrics. The band name is derived from both German and Celtic languages: ‘Orden’ translates to ‘Order’ in German and ‘Ogan’ is the old-Celtic word for ‘fear.’ The song Vampire in Ghost Town can not only be played at a vampire-themed party but a Halloween dance-off as well.

Are you ready to revamp your Halloween playlist? If you want to include more songs with a different mix of genres, consider choosing one of these. The variety of instruments, languages, and tunes will add more diversity to your socially-distanced Halloween party. After all, everyone needs to enjoy themselves on All Hallows’ Eve and treat themselves with music.