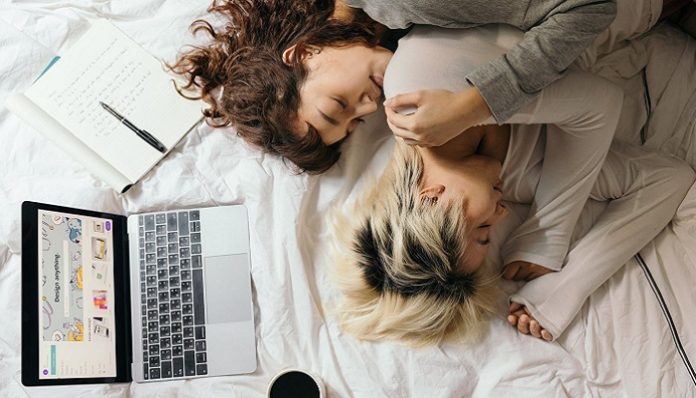 The debate of whether we as humans prefer sex over cuddles and vice versa can be as heated as the acts themselves. Some people enjoy a good snuggle with their honey and some just like to get intimate in other ways. And with the media’s emphasis on “More Sex = Happy Life,” it’s a legitimate question.  But what do the people truly prefer? Well according to a new study, we enjoy the affection of cuddles and sex!

A report published in Personality and Social Psychology Bulletin says people feel more positive after having sex because they feel more affectionate towards their partner during and after, as well as receive those same feelings.

The study’s lead author, Anik Debrot, a researcher from the University of Fribourg in Switzerland, says, “There’s so much focus on the mechanical or physical aspects of sexuality, but the quality of the bond is important, too.” Which totally makes sense, we love the feeling of being wanted or needed by other people.

Researchers from the University of Fribourg performed a few experiments to see what it was about sex that contributed to why we get so happy afterward. Let’s be honest, we can totally tell when someone who’s normally uptight and stressed finally got some, so this study gets really interesting!

In the first and second experiments they surveyed 355 people about their sexual frequency, how they show affection by touch (cuddling, kissing, hugging, etc.), and their overall satisfaction with life. The first being only women, the second being only men. Their information showed that people who had more sex tended to be more satisfied with life overall, but when they factored in the affectionate touch part, the sex effect was greatly decreased. Literally disappeared off the chart. Weird, right?

In their third and final experiment, the researchers asked 106 couples to keep diaries for ten days. The couples tracked: when they had sex, when affection was shown and what their mood was like. Data showed those in relationships for longer than six months only needed to get freaky together once a week to show more positive emotions because they tended to be more affectionate afterward.

Realistically thinking, it would make sense as to why we are increasingly happier after we have sex when we have those affectionate moments. You might have great sex, but if there’s no intimate connection, you feel like the most worthless person on the planet. Some people need to feel wanted and appreciated in order to remain happy in a relationship and this information proves it.

Those simple touches to the arms, eye contact, random kisses wherever accessible, a back rub and a foot playing are all easy ways to enhance affection if you aren’t into spooning or other cuddling positions. Clearly if your significant other is a cuddler and you’re not you may want to consider a compromise if you want them to stay their happy and loving selves.