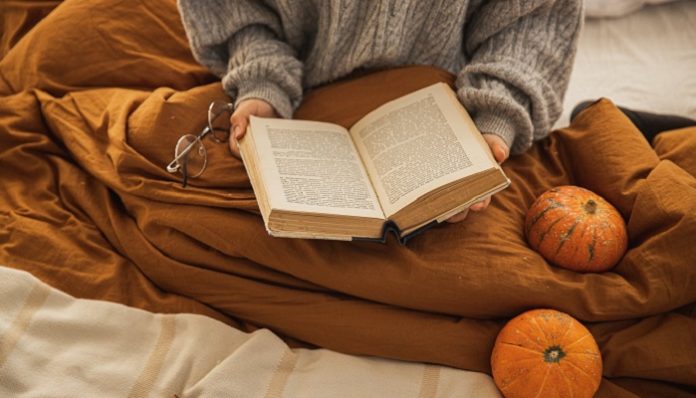 As a tween and throughout our early adulthood, we are told what to do by a lot of people. One of those people is actually an institution, the school system, and they are in charge of what gets put into our moldable young minds. But what they may not realize about those minds is that they wander and they forget and they don’t like to do what is told to them. There are so many books myself or siblings read as students that I completely blocked out once I did the report. But as a post-graduate with an English degree, I picked up a few not too long ago and I’m so happy I did. You should all give these ones a try again, too.

To Kill A Mockingbird: The resurgence in this book is partly due to the death of the author, Harper Lee. The lessons taught here are crucial for young minds but we all could use a refresher course in them. Understanding a different perspective and honesty in all you do are very important traits in the main characters that readers should take away. And hopefully, instill within themselves.

Of Mice and Men: This story by John Steinbeck begins as more of a mystery with the two main characters on the run and the reader not fully understanding why. But we learn about them, and about the town, they encounter and are shown very ugly sides of humankind. There is such a lack of understanding from so many of the people, which unfortunately still happens with anyone that is different from what society deems acceptable.

Catcher In The Rye: The iconic lead of Holden Caulfield is brought to life in by J. D. Salinger. Roughly based on the author’s own experiences with prep school, Caulfield embodies all the rage and frustration with the adult world that angst-ridden teens have. A story highlighting how hypocritical the world is and showcasing how one person deals with their depression. A view of the world we often turn a blind eye to, this book gives a rude awakening to what surrounds us.

Bird By Bird: This book is the most beautiful piece of non-fiction I have ever come across. Anne Lamont goes through the motions of teaching the reader how to write by telling us of her own experiences while writing, sharing stories from her life, and giving advice in the form of memorable quotes such as the book’s title, “bird by bird.” This was used for a writing class I took where we read only excerpts but I recently came across it again and there is no better tool for inspiring a writer that can’t seem to get out of a rut.

The Great Gatsby: F. Scott Fitzgerald’s novel has taken a life of its own since the original penning. The recent movie starring Leonardo DiCaprio really sparked a wave of obsession with 1920’s themed parties. But as with most books-turned-to-movies, the book is always the better choice for entertainment. A story of love and loss and the superficial monster that takes us all over, it is hard to understand the complexity of the decisions made by the leads unless one is a full grown adult.

The Scarlet Letter: Nathaniel Hawthorne creates the lead, Hester Prynne, who had sex with a minister and was branded a whore because she was technically married even though her husband had been lost at sea. But her husband is somehow no longer lost and happens to be at her public trial where she is made to wear a scarlet colored A. She has a baby from her affair but keeps the man who is responsible a secret from her angry husband so he doesn’t hurt the man she loves. It goes on with other drama and may look to be more of a soap opera than a literary work but the story is still very true for how we treat people, especially celebrities today with tabloids and late night specials of what goes on in their personal life. But it also highlights everything women were, and still are, judged on and what a single mother will do to protect her child.

Farenheit 451: Ray Bradbury hit the nail on the head with this one. As a kid, we don’t care if books are around or not. But now, as an adult, I hear stories of books being banned from schools and of stories being altered to only show the lesson one wants to be understood. This is not okay! No, maybe not all books are amazing or honest, but they should never be burned. The government should never have that much control over what the people can absorb for knowledge. That is a timeless lesson and one that kids may not fully understand.

It is one thing to read something as a kid, and a whole other thing to read it as an adult. I understand why people want to get certain messages across but it isn’t until the brain is fully formed that we might understand them properly. I have an ongoing list of books to read and some of the ones on there are the ones I read while in school. We just don’t retain as much information when we’re studying a book for one class, doing a science experiment in another, and creating color wheels in another. Now that we’re all a little bit older and have a few fewer assignments to juggle, use some downtime to refresh your memory of the lessons you were taught in your youth.

5 Tiny Things You Need In Your Office To Kick-Ass