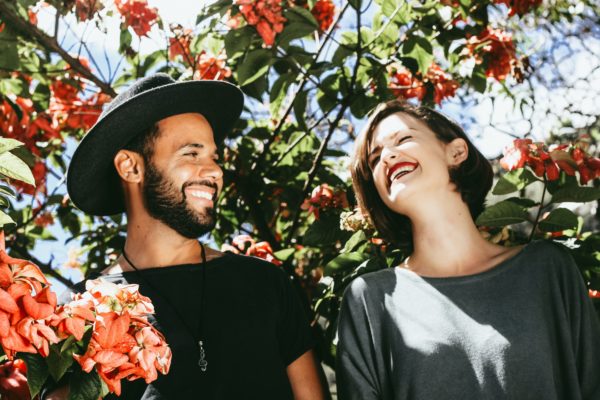 People who identify as sapiosexual don’t have it easy.

Not only do they require a real, intense intellectual and mental connection in order feel sexual attraction, but so many people are confused or skeptical about this relatively new term for sexual identity that it can be hard to feel like you’re in a safe space to come out as sapiosexual.

What is a sapiosexual?

According to Dictionary.com, “a person who finds intelligence to be a sexually attractive quality in others.”

Outside of its dictionary definition, sapiosexuality means more to those who identify as sapiosexual. As a lady who writes about sex and attraction on the internet, I have had the pleasure of talking with several of them.

Here’s what they had to say!

Sapiosexuality means different things to different people who identify as being sapiosexual.

Like so many other things on this planet, it is never a great idea to make massive generalizations about sapiosexuals.

“I don’t exclusively date intelligent men,” said an anonymous sapiosexual, “I have sex with lots of people. But I only truly can form bonds with people who stimulate me intellectually.”

While this is true for this sapiosexual, some won’t even have sex unless their brain is tickled sufficiently (sexy).

2. Sapiosexuality has nothing to do with gender.

“I feel like people think it’s just a girl thing? That smacks of sexism,” says an anonymous sapiosexual.

And it’s true! Sapiosexuality is often associated with women, but that’s garbage.

If you are a human being and you can only become aroused or romantic when you are intellectually challenged or stimulated, you are sapiosexual. It doesn’t matter what’s hanging out (or not) between your legs.

3. It’s more than being book smart.

Intelligence is about so much more than grades on a report card. Being a sapiosexual means being attracted to all kinds of intelligence, and emotional intelligence counts!

Sapiosexuals aren’t “choosing” to be turned on the way they are turned on. It’s just how they are designed and it’s awesome. To be clear, kinks are real, but they are different.

Just because it takes a different kind of foreplay to get them going (nothing turns them on more than demonstrating just how many different languages you can speak, FYI) that doesn’t mean that sapiosexuals don’t have good sex. Their sex is pretty great.

Just remember, because what they’re into isn’t what you might be into (necessarily) that doesn’t make their love life any less hot and heavy, so do not get it twisted.

What You Need To Know Before You Buy Your First Car