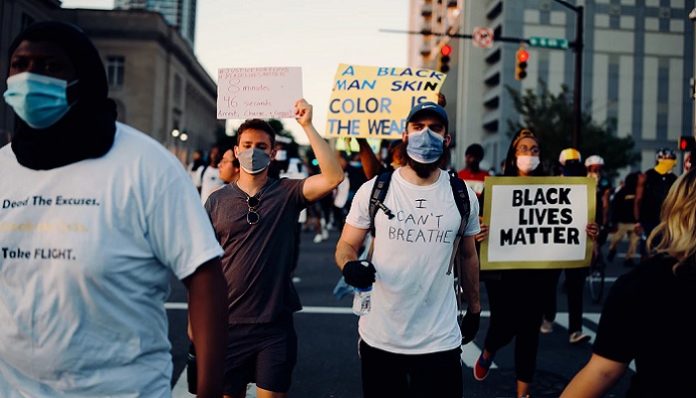 If you have paid attention to the news in the last few weeks, you have probably noticed an influx of videos of protestors being arrested and forced into unmarked vans by a silent police force. Those who have captured these events on video haven’t been lucky enough to get a response from the officers. They simply asked them why the person is being arrested or where they are going.

This situation itself is scary. People are protesting to make life better for a group of people that has been oppressed for too long. Yet the government is responding with scary violence that borders on actual tyranny. What’s even scarier than this is the fact people who claim to be “anti-fascist” and “against oppression and tyranny” are supporting these actions either directly or by turning a blind eye to the situation.

The same people who claim that being asked to wear a face mask or to stay at home is taking away their divine rights and freedoms are the ones who allow people to actually have their rights and freedoms taken away. Additionally, many people falling into this category are out protesting mask ordinances and stay-at-home orders, sometimes while carrying firearms. And nothing bad is happening to them.

The Black Lives Matter movement is asking for the same dignity and respect as the anti-mask, anti-quarantine movement. Both groups have the right to assemble and protest. But due largely to the consistent racial prejudice being shown in this country, only one of them can exercise that right without fear of retaliation.

As there has been violence shown by the protestors in both groups, it is completely unjust and unfair to say that the people being oppressed by the “secret police” deserve it. There is no justification for the events taking place as this system of control is one used by tyrannical governments. Not governments from a country founded on the rights to freedom of speech and freedom to protest.

Until all groups have the right to peacefully protest without the fear of violent retaliation, the United States will not truly be free. Everyone claiming to care deeply for these people is actually encouraging and propagating this problem. Bystanders need to stand up to the oppression of these protestors. Freedom isn’t just for you and those you agree with. Freedom is for everyone. That includes those you dislike or disagree with. And until everyone can understand that, our republic will continue to be in danger.