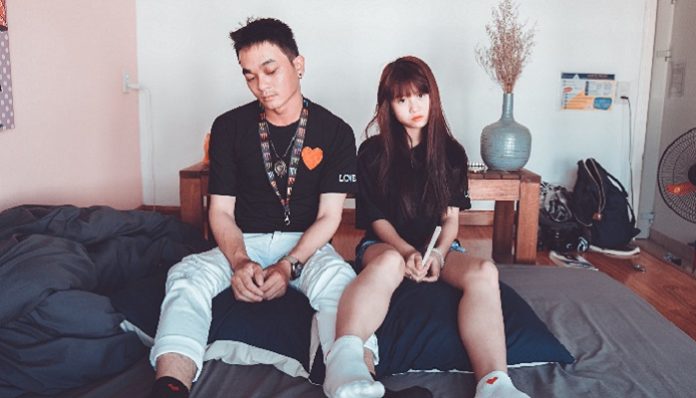 Stringing someone along means keeping them at arm’s length, romantically, but still keeping them on the hook as a possibility. In other words, it’s to take advantage of them as long as it gives you comfort.  Moreover, someone who does this is an expert at giving false hope. Make sure you’re not one of their victims by looking out for these 10 red flags! Here’s what they’ll usually say:

A guy whose only intention is to use you will fawn on you with words that will send butterflies to your stomach. Moreover, by wishing he had met you sooner, he wants to instill in you the idea that he has wasted relationships with other girls and that you’re actually the one who’s worthy of his time and (*sarcasm intended*) efforts. But don’t fall for this. He’s probably stringing you along.

Let’s admit it. We girls are suckers for you’re-the-best kind of flattery. But don’t be too deceived when a guy tells you he hasn’t loved anyone like he loves you. How many girls has he loved anyway?

Oftentimes, we’d like our friends and family to meet the guy we’re dating. Thus, it feels good if he’s game for it. Lucky are the girls whose SOs are willing to meet their parents and friends instead of wanting to remain hidden and aloof. Because a man who truly loves a woman and is committed to her does not distance himself from his partner’s loved ones. Now if he always likes to have a solo time with you then he’s selfish, and obviously, he just wants to satiate his physical desires.

It’s natural that you want to have privacy sometimes; it can also help you build stronger intimacy. But remember that privacy is so different from secrecy, because with secrecy comes ulterior, nasty motives you don’t deserve. Hence, the next time he asks you for a date, ask him if it’s okay to invite your family to meet him. I hope his answer is positive.

When you’re thinking about a vacation, your man must participate in the planning. If he’s not being invested in what you two do together, it may suggest he’s stringing you along.

Why yes, a home date is incomparable. It’s simple yet fun and cozy. It makes you appreciate each other more. But hey, he should also have the desire to go out places with you. Moreover, it shouldn’t start feeling like your relationship is hidden from the world.

If he wants a long-term relationship with you then he must anticipate that there will be a time you’ll be asking each other about your pasts. If he refuses to go down that road at all, he might be hiding something because he doesn’t want to invest in you as a partner.

7. “Let’s take it easy and don’t stress too much on planning.”

Noticed him trembling when you mention the words marriage, family, and even someday? This guy doesn’t plan to stay or doesn’t know what he wants. This guy is just giving you false hope.

Cancellation of plans is disappointing especially if it comes from your partner. If it has been his habit, he no longer cares about how you feel. Move on.

Everyone does. But when it comes to a relationship, this sentence indicates coldness between the two parties. Stringing along connoisseurs live by this phrase because it keeps the other person at arm’s length. Give him space — by moving on.

Once you get ahold of him to ask what happened to your (almost) relationship, or why he acted the way he did, he’ll say this right to your face: he never promised you anything. He’s proving, again, he’s not and never was worthy of you.

If you’re currently dating someone who has said these lines, you should consider getting rid of him ASAP. You’re not a puppet to be strung along, to be manipulated, and used. You are created to be committed to and to be pursued with reckless abandon.

You are meant for a lifetime love.

When You Are Torn Between Your Boyfriend And Best Guy Friend