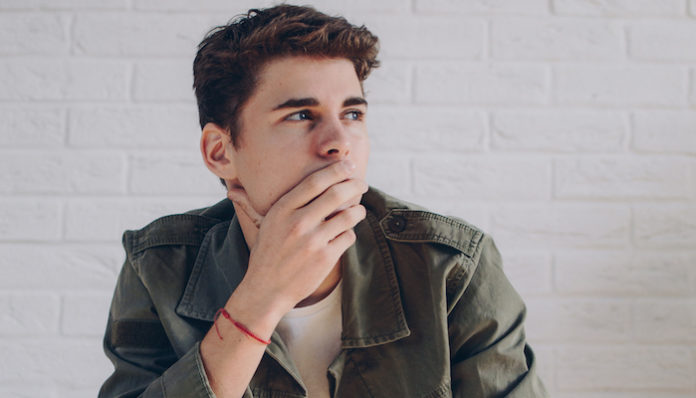 When it comes to communication, women thrive on it. We need it to feel validated, get our answers, and learn about where our future is headed. We also need the joy it brings us just to hear from someone specific or receive those little messages from them. But sometimes the more effort we put, the less they care. We end up feeling rejected, played, and unworthy.

Stop texting the guy that makes you question everything.

Whether it’s his inconsistency, bullshit replies (or the lack thereof), or the games he plays, you should never have to question where you stand with someone. They should be 100% real with you and always make an effort to show you how much they value and appreciate you. If he makes you anxious due to the lack of communication or mixed signals, you should send him a loud and clear message — you aren’t interested.

Stop texting that guy who always makes plans to woo you and never follows through.

He can tell you he likes you all you want. He can tell you how badly he misses or wants you. But if he can’t make the plans to hang out with you, you should be leery. Your entire relationship shouldn’t exist solely through a mobile device. It should be face to face if your living situation allows it. He should be damn proud to take you out. He should never just be a name on a screen – he should be a person with a real face and a kind heart.

Stop texting the selfish man who makes everything about himself.

The signs are pretty clear for this type of self-centered child; he’ll rarely ask about your day – let alone be interested in knowing more about you – he will vent and rant about the inconveniences in his life, and he won’t be able to help but only talk about himself. He can talk all he wants, but he’ll never listen. Having someone to ask about your day is a simple request, but it shows you that they care in a fundamental way.

You know – the one that could take hours to respond to your messages even when you know he’s always on his phone. He picks and chooses when he wants to talk to you and makes you feel like a nuisance when you confront him about your concerns and frustrations. You shouldn’t have to carry the entire conversation. The least he could do is correct his poor grammar or make an effort to send more than a basic few word reply. If he isn’t being conscious about how he replies, he clearly doesn’t care about impressing you. You’re probably just another girl to him in a group of many.

Stop texting the guy who only wants to sext.

Stop texting the guy that makes you feel bad about yourself.

You’re a beautiful woman who deserves all the reassurances you desire. You deserve someone who makes you feel at ease with where you are. You should have confidence in your relationship, not anxiety, and insecurity.

Texting someone shouldn’t be as stressful as it feels sometimes. Instead, you should get giddy when you see their name pop up on your phone. You should be excited when they continue the conversation and show interest in a personable way – not disappointed. Texting will get fun again, you just need to weed out the numbers worth deleting first.

World Teachers’ Day: 6 Easy Ways To Show How Much We...