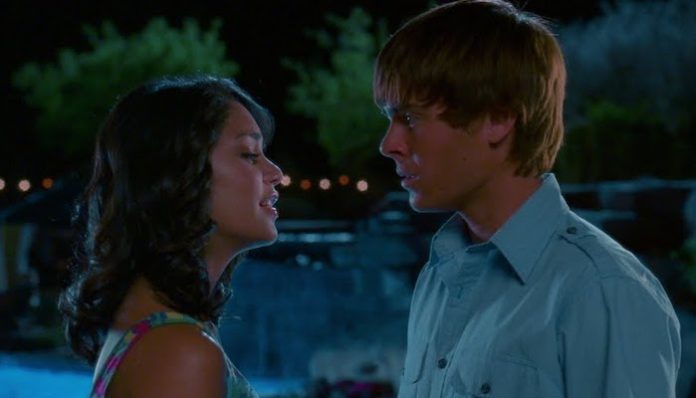 There’s something about High School Musical that gives you a sense of nostalgia from your younger years. It was a simpler  time, but these movies were so impactful to an entire generation. Thanks to TikTok one of the most infamous scenes from the sequel is making a hilarious comeback.

Fans of the musical are re-creating the iconic scene between Troy and Gabriella during their powerful duet for “I Gotta Go My Own Way”. They’re even bringing their partners into it too, creating the ultimate couples lip sync challenge.

The challenge consists of each party on opposite sides of the door while each taking on a role to “sing.” The joke is also that some women are leaving their men like Gabriella to do all the work so they can watch back and see their boyfriends passionate abilities.

But let me tell you, the men almost got into it more than the women did.

He nailed the emotion, I’m sorry.

Look at this guy! He’s killing the game!

However, not all attempts went well.

I’m sure she did not appreciate his lack of ability to keep his head in the game to get the job done. She put her soul into this!

Although some guys just didn’t do a good job on their own.

And it made for some okay attempts, like this one.

Even besties got in on the challenge just for the sake of lip syncing to a classic jam.

And totally proved sisters before misters.

Hell, some women did it them damn selves.

But no one killed it like our Queen, Gabriella Montez herself, Vanessa Anne (remember when we used her middle name!) Hudgens.

But no one will ever do it better than this kid.

The way he mouthed “no” at the end still has me in stitches and it’s been five years since this gem landed on YouTube.

This movie came out 14 years ago, so to say that people still remember this moment so clearly and the emotions that were had when it happened is insanely funny. To be fair, this scene was a pivotal moment between the characters where for the first time we saw their love story romance crumble with uncertainty. It taught us that break up’s between our favourite couples were real, and to be honest, we were not prepared for this musical number to hit so hard. So I’m glad that everybody handled this the same way.