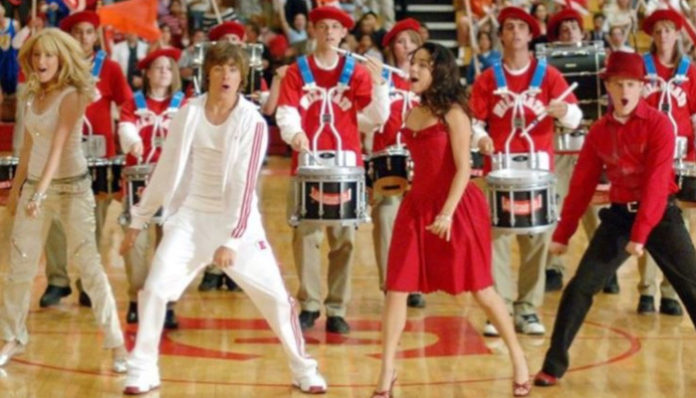 During this difficult  time, we need to do our best to lift each other. The cast of High School Musical did their part by coming together 14 years later. are upset over why Zac Efron didn’t sing during the reunion. However I believe that it is not only okay that he did not it’s  best that he didn’t.

On April 16, the HSM cast collaborated with  the crew from the new Disney+ High School Musical series to remind us that “We’re All In This Together.” However, this singalong left out an important part of the original HSM cast: Zac Efron. Efron, who played Troy in the movies, did not sing along with the gang; he only introduced the cast.

This upset many fans because it felt like the reunion seemed incomplete.

Monique Coleman told TMZ that a lack of communication contributed to Efron’s minimal appearance. Coleman explained, “What Kenny told us when we were on the call was that they hadn’t spoken to Zac yet.” Coleman continued, “I don’t really know, but if his Wi-Fi wasn’t strong… I really don’t know where he is in the world, last I saw he was in Papua New Guinea. But did you see the quality of [his] video though? It was, like, fuzzy.”

Whether the  timing or a WiFi issue contributed, I thought the reunion sounded fine even without Efron. Truth be told, I’m somewhat of an HSM purest and Efron didn’t sing in the first film. Therefore, it makes sense that he did not sing with the cast during the reunion since We’re All In This Together appeared in the first film.

Whether you thought Efron should appear or not is irrelevant at this point, though. The reunion happened, it sounded great, and everyone will now continue on their separate paths. Personally, I’m just glad the cast did the reunion for us all — we really needed it right now.

What did you think about the HSM reunion? Tell us in the comments.

Why I Don’t Want The Big Wedding I Used To Dream...