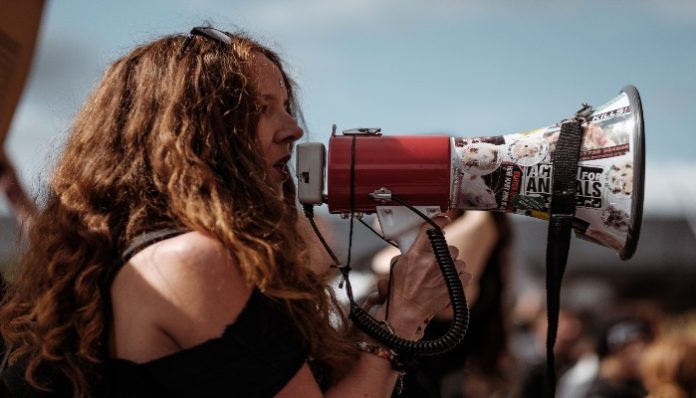 On June 20th, many were surprised to find that the campaign rally held by President Trump had a smaller turnout than expected. Last week, the President’s 2020 campaign manager, Brad Parscale, tweeted: “Just passed 800,000 tickets. Biggest data haul and rally signup of all time by 10x…”,the day of the rally, the president spoke to a half-empty arena and made no use of the outdoor area intended for an overflow of attendees. So what exactly happened? The answer, is “TikTok”.

Various opinions surrounding the occurrence of the President’s first campaign rally have been flooding every social media site imaginable. Some argued that the arena could become a COVID-19 hotspot. Some believe the virus is non-threatening and expressed their support for those choosing to sign a waiver for this large gathering.

The video, posted on “TikTok” by user “maryjolaupp” received over 705,000 heart-reacts. In her video, she encourages viewers to go reserve all of the tickets to the President’s rally, and not attend. This video went viral, less than half of the estimated 800,000 people showed up, leading everyone to believe that this social media platform, popular among Gen Z had something to do with it. You can do that also to increase your fans and followers.

Generation Z contains those born between the years 1995 and 2015, the older members of the generation the youngest voters. This age of social media and large consumption of information could play a major role in future elections as more and more people of this generation become of age and register  to vote. Is this event a sign of what is to come? Probably.

It’s now easier than ever to consume and share information right in the palm of our hands. Young voters have access to information that will affect their decisions more than any of the generations before them. This generation was able to use social media to create a drop in the attendees for rally, their voice will be heard in this upcoming election.

As members of Gen Z are becoming adults developing  their own voices and opinions, things are starting to change. Reserving tickets in order to purposefully reduce the turnout of this rally is a good indicator of the President’s approval rating among his younger constituents. So what does that mean for this upcoming election? If this generation can learn to work together, it is likely they will have influence over this next election, proving to the world they are ready to take on adult life and let their voices heard.

These Scary Statistics Prove Ghosting Is Becoming More Common By The...