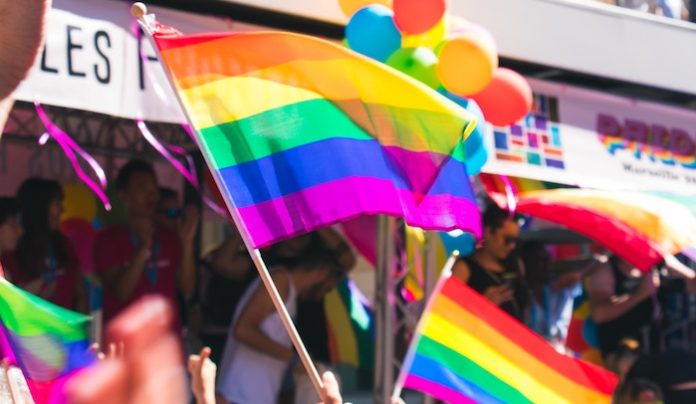 June is finally here, which means it is Pride Month. A month dedicated to the LGBTQ+ community celebrating and bringing forth awareness of the struggle, acceptance, diversity, and love along with the fights they’re still fighting. It is an important month to recognize because even though the community has come a long way, there is still a long way to go. Not only in the United States but also worldwide. June is the designated month as it was the month in which the Stonewall Riots took place and set the Gay Liberation Movement into focus.

This year marks the 50th anniversary of the Stonewall Riots.

In the United States, the LGBTQ+ community is still not considered equal. Politicians are still taking away the rights that the community fought hard for. Yes, same-sex marriage is now legal in all 50 states, but only 20 states and the District of Columbia have full LGBTQ+ non-discrimination protection. Only 2 states have some protection, and a total of 28 states have no explicit protection whatsoever. In over half of the country, people still discriminate against the LGBTQ+ community. Allowing people to be married to whomever they want isn’t equality. We are all human and deserve basic Human Rights. No exceptions to this. This applies worldwide as well because in many countries, being LGBTQ+ is punishable by law. They can be beaten and even killed for just being who they are. Some of them are able to find asylum in an accepting country, but not everyone.

June 12th commemorates the three year anniversary of the Orlando shooting at Pulse Nightclub. 50 people were killed that night including the shooter and 53 were injured. The city of Orlando and many other people are still recovering from that terrible event. Many lives were changed for the worse after that night. It affected not only those that were there and their families but also nearly everyone in some way or form. It brought fear, confusion, and questions. But it also brought resilience and more reason to continue to push forward in advocacy.

Even though more people should discuss and push for equality every day, Pride Month is when everyone in the LGBTQ+ community (including their allies) comes together to celebrate everything they have to offer to this world. They also bring awareness for an entire month which is essential these days. They want to love and be loved like everyone does as well as have the same inalienable rights as everyone else. Throughout this month, I challenge you to read up on the history of the LGBTQ+ community, have a meaningful conversation with someone who is part of the community and listen to their honest thoughts on they have experienced and continue to go through (conversation is good!), attend an event if possible, and educate yourself.

Let us go out and celebrate together!

Photo by Tristan Billet on Unsplash