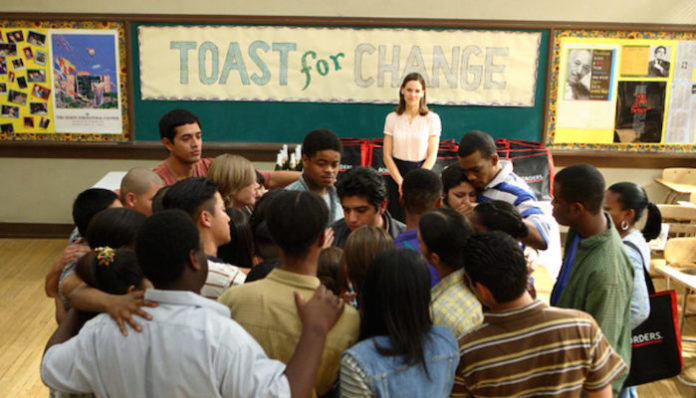 Here’s a little story: little Jay walks into the school cafeteria. It’s the last day of school so he is returning his textbooks to his teachers. After weeks of distance learning, the school year is finally over. He goes to the principal to say goodbye. As he says goodbye, he tells her, “The world is a scary place right now. I fear for my life, but I fear for yours too.” This statement is coming from a fourth-grader.

A fourth-grader who told his teachers at the beginning of the school year that he wants to be a cardiologist and a preacher. That he wants to heal hearts – both physically and spiritually. What do you say to a 10-year-old boy living in a world filled with injustice, prejudice, hatred, and violence against his own race? Actually, what do you say to any child – black or white, Hispanic or Native American, Asian, or other – who asks you the same question?

We may feel that children don’t understand what is going on, but they do. They are aware of more than we give them credit for. In a world where children as young as five walk around with cell phones, it is hard to shield them from society’s current events. So maybe instead of shielding them, we should be speaking to them about what’s happening. Instead of being afraid to discuss the problems of our society, we should openly discuss racism and teach our children to become advocates for those whose voices have been silenced.

Research has shown that children as young as three months can categorize races. Yes, 3-months-old toddlers. Between the ages of three and five, racial biases are created. Yes, even before they enter school, children are aware of racial differences. That is powerful.

As an educator, I have experienced children discussing race firsthand. For example, when I was in college, I worked at the on-campus daycare. I was assigned to the toddler room, so most of the children were between sixteen months and two-years-old. There was a child there who picked up a brown crayon and said to an African-American boy, “This is your color! You should color with this because it’s your color!” Of course, it wasn’t malicious. However, it was crucial to explain to him that race is something that needs to be discussed with sensitivity and mindfulness.

I feel that today more than ever, educators have a responsibility to help bring awareness to and combat racism. Educators cannot bring their personal biases towards a particular race or culture into the classroom. There is no room for it. Children shouldn’t feel singled-out because their teacher is anti-black or anti-Spanish. All children need to be treated and taught equally.

Additionally, educators have to create a sense of safety and community within the classroom. Students need to respect one another, and their own biases shouldn’t be allowed. Most importantly, if they occur, they should be dealt with. Teaching children about the dangers of racial injustice early on can lead to a future where everyone is treated equally, and people aren’t singled out because they are African-American, Hispanic, or Chinese.

Creating a classroom environment free of prejudices is not hard.

Posters celebrating scientific achievements made by African-American scientists can provoke fantastic discussions. Books in a classroom library featuring or written by African-American individuals help introduce children to a new world of reading. What’s more, those books introduce them to a new culture and teach them how to view the world through the eyes of someone who comes from a different culture. In order to achieve that, creating a multicultural night at school can create a sense of community and pride in one’s culture.

Before Jay left that day, his principal told him that she would do everything she can to stand up for the African-American community. Later that week, she attended a student-organized protest for Black Lives Matter. She marched with other supporters to show that the cruel actions against the African-American community will not be tolerated. She repeatedly stated that she could not remain quiet because she teaches students of all racial and ethnic backgrounds.

Personally, I believe that all educators can learn from her actions. Just because your skin color differs from someone else’s who’s struggling doesn’t mean that you can’t stand in solidarity with them. It’s not about being them, but being with them. Being with a group means you support them and understand that equality is essential. Children pick up on things early on, and if educators can break down the walls of racism, there won’t have to be protests or marches or riots in years to come. There will only be societies in which people of all races and backgrounds live harmoniously. And that should be our goal.

The One Thing You Need To Remember When Reaching For A...