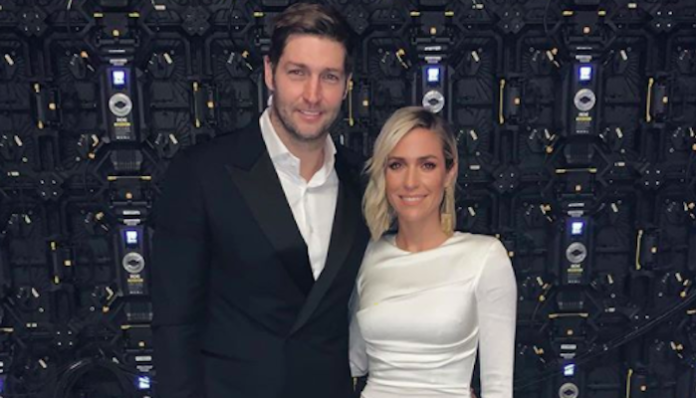 Legal documents regarding Kristin Cavallari and Jay Cutler’s divorce just leaked! And the drama surrounding their separation is far more intense than how it was initially being portrayed. The couple announced yesterday, via Instagram, that after ten years together – seven of them being married – they have amicably decided to divorce.

However, despite the seemingly positive message they portrayed in yesterday’s announcement, the legal documents that have been leaked indicate otherwise. And they are clearly going head to head.

In her document, Cavallari claims that Cutler is “guilty of such inappropriate marital conduct as renders further cohabitation unsafe and improper.”

She also claims that “any misconduct alleged or implied against her” in Cutler’s divorce petition “was in response to and/or as a result of misconduct on [Cutler’s] behalf.” What’s more, Cutler did not allege misconduct against Cavallari in his filing.

For those of you who don’t know, inappropriate marital conduct is one of the 15 faults, AKA grounds for divorce. Tennessee is one of the few states that requires a fault in order to proceed with legal separation. It includes a wide variety of behaviors, from mild grievances to more serious and potentially criminal ones. If you can prove fault, there’s a potential financial advantage or an advantage on co-parenting, among others. Examples of reasoning for a divorce that qualify are physical harm, financial withholding, excessive or abnormal sex, extramarital affairs, and more. Typically, this fault is a tactic to gain full custody.

Many people speculate that the cause for divorce is infidelity. The rumors swirled in 2019 that Cutler had an affair with Cavallari’s best friend, Kelley Henderson. The topic was a plotline in the third season of Very Cavallari, where the reality star claimed she didn’t believe the rumors but that she lost her friendship due to the conflict.

As per the legal documents obtained by PEOPLE, the couple also disagrees on when they formally separated. Cavallari believes the date was April 7 – the day they returned to the U.S. after returning from the Bahamas amid the coronavirus pandemic.

And just when you think it couldn’t get messier, it does.

The former NFL quarterback has requested the court make him and Cavallari joint custodians and joint decision-makers. Cutler also states he “has always been available at home and was the primary caretaker” of their children.

Cavallari denied his statement in her counter-complaint, filed April 24th. She claims she has been the primary residential parent. She is also seeking sole custody while offering Cutler “reasonable periods of parenting time.”

Additionally, she is also asking for Cutler to pay child support “in an amount consistent with the Tennessee Child Support Guidelines or as otherwise deemed appropriate by the court.” That also covers the kids’ health insurance, uncovered medical, dental, orthodontic, eye care, prescription drugs, and other health-related expenses.

Kristin was the primary caretaker for their kids while Jay was playing in the NFL and was away for most of the year. Since his retirement, Kristin has been busy filming red carpet events during award seasons for E!. She is also running her business, UncommonJames, and writing books.

The couple allowed cameras into their home while filming her reality show on E! titled Very Cavallari, following the Laguna Beach alum navigating through her busy life while running her business. While her children are not featured on the show, her marriage was a huge focal point with Cutler becoming a fan favorite. Because of her wildly successful reality show, viewers have seen just how busy (or not busy, in Jay’s case) they can be, which could alter what happens in court.

The cause for the sudden divorce is definitely up for question. There are a few potential factors coming into play, including the alleged affair. But fans are thinking it may have something to do with an imbalance of equality within their careers.

As seen on Very Cavallari, Cutler was in talks with large TV networks to participate in weekly live football broadcasts. Cavallari seemed hesitant because her career was thriving and she wanted someone to be with the kids. From a viewer’s standpoint, she’s very involved in her businesses. As a result, she wasn’t willing to compromise her career when other options were available.

Interestingly, she was also quoted for saying she believes that women should have money saved in case their marriage ended. She felt it was wrong for a man to keep all the money. Especially, if the woman sacrificed her career to raise their family. Looking back, was it a hint of trouble in paradise?

Another relatable aspect of their relationship was how the couple’s roles reversed when Cutlers’ football career ended in 2017. It was a difficult transition. Jay was struggling with finding his next career path while Kristin’s career was starting to blossom. Throughout the series, they frequently reflected on those changes and how they’ve affected their family’s dynamics.

Regardless of what happened, they really were a different kind of famous couple. Jay met Kristin when she was 22 and calmed the notorious party girl down through his romantic love notes and chivalrous beliefs. He humbled her more than anyone, while Kristin completely changed herself for the better. For the first time in her life, she focused on finding her niche and settled into a “normal.” Everybody loved her change, and she became likable despite being a reality TV villain.

While Very Cavallari has yet to be renewed for a fourth season, I bet we’ll hear more and get better clarity – even if it isn’t fully discussed out of respect for their kids. Hopefully, viewers do get to see a new season. I know I would love to see Kristin attempting to re-enter the dating world again. Especially, since she always gives her single friends on the show such great advice.

How I Started To Enjoy Time On My Own And Not...