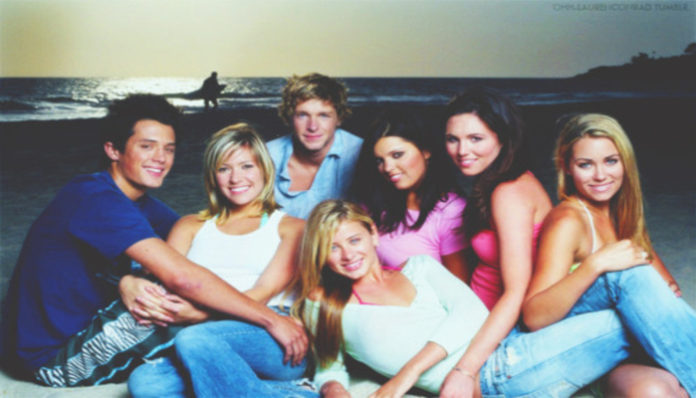 Let’s go back, back to the beginning…

Laguna Beach was MTV’s original breakout teen reality show back in 2004. Recently, after many years, the stars have opened up about their time on the show. They talked about what was fake, what was real, and how they actually didn’t know what the show would be about. They also described how manipulated everyone felt during the show’s run. While we still hear and see from some of the original cast, there are plenty who have taken a step back from the spotlight. So what do they look like now?

Rest assured, Stephen is still really good friends with LC and all the other guys! He was even a groomsman for Dieter’s wedding and a few others! Oh, and he still catches up with Kristin from time to time too. Juicy!

Despite her busy life, she’s still friends with Stephen, Trey, Lo, Jen, and Dieter. She was even present for both of Dieter’s wedding ceremonies. Even her husband has become friends with her high school crew!

Dieter was one of the most underrated cast members of the entire series. He’s also still one of the best friends of most of the original crew, and featured most of the guys in his wedding.

In some interviews, Kristin has revealed that she’s still friends with both Alex’s and Stephen. But that’s about it. Clearly, she and LC will never make amends.

Trey is still doing philanthropy work through fashion. He’s also very close with his former school/castmates and is often seen traveling with Stephen and Dieter.

These days, Morgan is living in Southern California, where she owns a children’s swimwear store, Minnow Swim, and is busy raising her three babies. Sadly, it’s unknown if she keeps in touch with anyone from the cast.

Apparently, he’s really distanced himself from Laguna, which seems strange considering that at one point he was such a hot commodity. It looks like Lauren is the only one who follows him on social media.

She may not have had eight kids like Kristin thought, but she does have four. She still keeps in touch with Alex M. and potentially a few other former castmates but stays mostly private.

This former bad boy is still in contact with some of his former co-stars he didn’t actually date. He’s also a regular in the Laguna Beach spinoff-reboot series, The Hills: New Beginnings.

This mama of two is still close with some of her costars, particularly Morgan, Kristin, and Alex H.. Otherwise, not much is known about this bold babe.

For some odd reason, it’s comforting to know that they all still keep in touch with each other after everything they’ve been through. It’s not easy to remain close in this way, especially while living in different cities. But I guess it really does go to show that they really were friends off-camera before the chaos created by the show changed their lives forever.