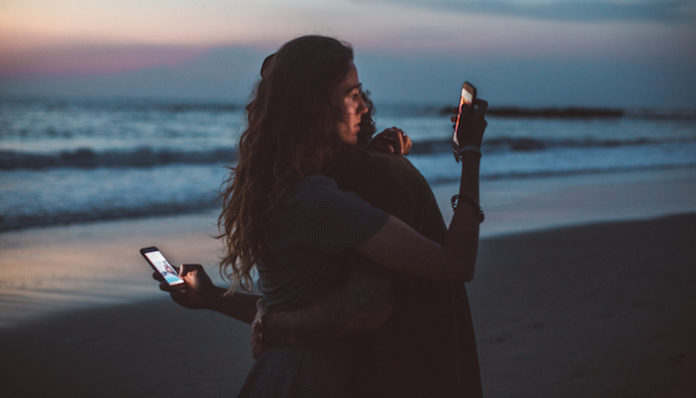 In a lot of breakups it is obvious to see that there was a good reason you and your ex parted ways. Usually, there are also a million reasons as to why you should continue to stay apart – you broke up for a reason. But in the odd cases, there are those special times when your ex deserves a second chance.

Here are 9 signs your ex deserves a second chance.

They’ve made an effort to change.

Whether they’ve worked on past problems within the relationship or have consciously made smarter choices to better themselves and other people, you’ll immediately see it. If they seemed fixed, however, your budding relationship could be too.

You’re willing to move on from the past.

Harvesting old feelings and grudges won’t get you anywhere in life. They’ll only hold you back instead of letting you move forward. You’ll never be able to move on if you still can’t get over something really hurtful they did. But if you can honestly say you won’t hold that against them anymore and be willing to forgive them, then you have a good chance of making your future together better.

They’re letting you decide what you want.

They don’t blow up your phone all the time or beg you to take them back. Instead, they reach out and say what they need to say and allow you to make the decision yourself, without pressuring you. They’re genuinely concerned with your happiness and have all the patience in the world.

You believe their apologies.

It’s tough to swallow your pride and change your mind on some things. But when you feel they’re being genuinely sincere and can accept their apology, you’re ready to move on – just like they are.

You’re happier with them.

Sure, you’re naturally happier when they’re around. But you’re finally at the point where you’d rather spend time with them. You’re also comfortable letting your guard down again and things feel in place. You almost feel like a better person because they’re back in your life.

They never did anything unforgivable.

There are some small things that you could look past. But there are also things that are too major to excuse, such as infidelity. But if you could forgive the things they did or realize they didn’t actually do anything that bad, you could consider giving them another go.

Your head and your heart agree.

Usually, your heart says “yes” because you know the kind of love you’ve shared. But your head says “no” because it doesn’t want you to get hurt again. It’s simply being logical. But when they’re both in harmony, you’ll know that it’s a truly good decision.

They’re finally ready to settle down.

Sometimes we’re with the right person at the wrong time and they may not have gotten everything out of their system yet. After they’ve dated a lot more, slept around, or traveled the world, they might be ready to settle down with you. They want the same commitment that you’ve always wanted and they are ready to go to that next step, just like you are.

You genuinely believe your relationship will make it this time.

Due to fears and assumptions, there was always some doubt in your heart. But they’ve changed, and you can see that. You finally believe that they are ready and you are confident this desire to rekindle isn’t only temporary. And you know in your heart of hearts that this is the last chance they’ll ever get to lose you.

At the end of the day, you know nobody’s perfect. Your ex has flaws just like anybody else. You’ve seen them in bad places, just as they’ve seen you in yours. But the fact that they’ve made an effort to change and are expressing an interest in rekindling is always a good sign. Next time you have a big decision about whether to give someone another chance, go through this checklist and see if they check these boxes. Because if you can, they’ll check yours too.

What You Learn About Love Through A Long Distance Relationship

Why This Quote Should Be Your Motto For 2023

The Reality About The ‘Worker Shortage’ That Is Happening Right Now