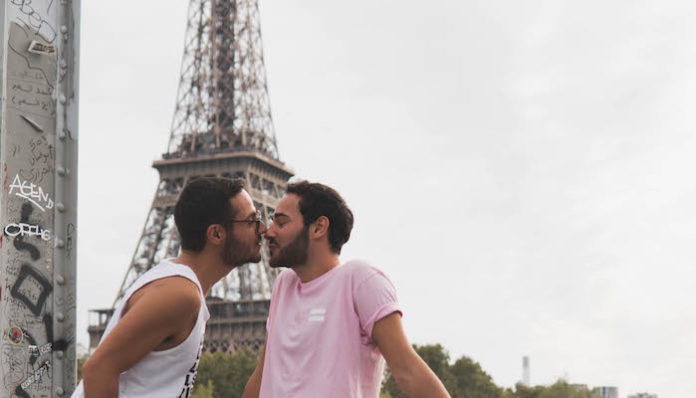 It doesn’t matter if you’re at the ripe, young age of 21 or the experienced and fun age of 28 — you have trouble dating in your twenties. We’re adults, even though we don’t feel like adults. It seems as if we’re teenagers playing pretend and the reality that this is our life still hasn’t fully sunk in. We’re naive as hell in some ways even though we technically know better.

We’re at that weird age where we don’t fully feel like we’re grown, and we also don’t know what we want in life. Some people may genuinely be ready to settle down, but others are looking for something casual. Heck, some people still want a hook-up, and some are unprepared or not willing to fight for love. And sadly in our generation, a lot of people are avoiding monogamy at all costs.

What’s more, we’re afraid to admit what we truly want. Perhaps it’s because we don’t truly know what it is yet — and that’s okay. But to be honest, even the things we’re semi certain of are terrifying. We want to give off the illusion that we’re cool and confident about where we are in life. So admitting the truth makes us seem desperate and we want to avoid it as much as we can.

Because of this, it’s easier to get led on in dating.

It’s incredibly easy to be tricked into thinking that someone is good-looking and attracted to you when the reality tells a different tale. Attractive selfies, witty texts and a charming personality trap us hook, line and sinker. But the truth is that you never fully know if you’re the only one seeing this side of them and how many others could be seeing it as well. What’s more frightening is that someone else might see a different side to them that you wish you could see.

People use others for an ego boost and never fully commit to the plans they make. All they could have wanted is to talk to a few people out there and see what it’s like, or to gain experience in flirting. It could also be their intention from the beginning to do whatever they can to get laid before moving onto someone they could see as a good dating potential. They are unapologetic about ending things, not even feeling the need to provide an explanation or apology.

Sadly, this makes us realize that we aren’t as special as we thought.

Sometimes it’s not even other people that make dating miserable. Sometimes it’s the fact that life gets in the way and prevents us from finding that special someone. It’s hard to make time for someone when you have finals coming up in addition to the mountains of schoolwork or an ever-changing work shift. Unavailability and lack of free time really kill the vibe for some people. This also drains us physically and mentally. Why would we want to get dressed up for a date with another random person from Tinder after working 70 hours a week only for them to ghost us anyway?

These days we have so much to do and nowhere near enough time to complete everything on our to-do lists. Creating a healthy work/school-life balance is impossible for some depending on the circumstances life throws their way. And people aren’t always accepting or willing to deal with that.

Additionally, you really don’t know enough about yourself to make big decisions when you’re in your twenties. We don’t know who we are yet or where we want to go. We get so distracted by life that we forget to spend some “me time” on figuring out who we are and what we want in life. Instead, we focus on catching up with friends, visiting family and creating a financial portfolio. And as a result, we don’t recognize the person in the mirror as ourselves, but a robot.

Sure, we aren’t willing to settle and we’re definitely skeptical. But all of the things listed above make dating so much harder — even without the addition of the mind games and clashing preferences. We want the real deal and we don’t want to stick around for the sake of just having someone. Regardless, we’re all going through it and we’re all drained by trying to figure this thing out. And I can guarantee you that one day we will.

If You’re Not Willing To Fight For Your Relationship, You Don’t...

Unusual Wedding Traditions From Around The World