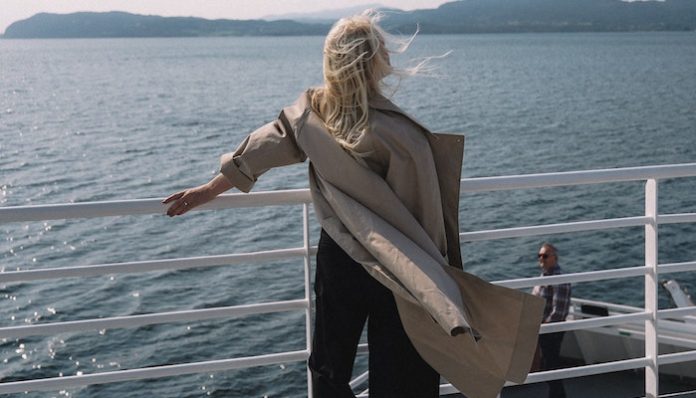 The dreaded discussion about where your relationship is headed is one of the strangest conversations to have. Do you play it cool and casual, and agree with whatever they say out of fear you’ll turn them off? Do you be brutally honest and end it there or urge for more? Or, do you just let them initiate it because you’re too scared to? All of these thoughts are confusing, nerve-wracking, and slightly painful.

But ladies, it’s about time that we stop doing what we’ve been doing for years: lying about what we want.

From the stories I’ve heard from my friends, read on the Internet, and experienced for myself, I’ve realized that women tend not to be honest in these conversations. We traditionally suppress our feelings and desires just to have someone in our lives, even if they don’t want the same things we do. We’d rather have a little something casual to satisfy our needs for companionship rather than nothing at all. As a result, we are settling while silently suffering.

I’ll admit, I’m not the luckiest person when it comes to finding love. I’ve had experiences with men, and only one has resulted in a healthy relationship. I’ve also gone on my fair share of dates through the years. And for me, most of the time things fall apart before we can even have that discussion.

I’ve been the girl who has continuously ended up in the undefined “what are we” situation and it’s never worked well in my favor. After some reflection and a lot of analysis, I realized that the main reason it hasn’t worked is that I allowed myself to settle while falling for a boy who obviously didn’t feel the same in return. And I just went along with whatever he said, claiming it didn’t bother me. But it freaking did.

I wasn’t honest with the men I was seeing or with myself. I grew semi-comfortable accepting that I wanted to come off as the “casual” girl who seemed cool and unbothered — I even thought they’d fall for the cool girl. But I was wrong and emotionally falling apart on the inside.

The overthinking that came as a result that was debilitating and consumed my life with worry, doubt, and fear.

It hurt me that yet another guy wanted to use me and that I always kept finding only these guys. But then it dawned on me: I’m doing it to myself. It’s caused by me not being honest with him whenever we had that conversation or from me prolonging it. I can’t be mad at him for treating me like we’re just casual if I don’t vocalize what I actually need. How would he know if I act cool on the surface?

I’ve learned that I need to stop playing the role and be upfront from the beginning. I felt awkward openly admitting to people on Tinder or Bumble that I wanted a relationship. I still hesitantly tell people when I’m asked, because I feel like if a guy knows, he could fake his intentions to use me as other guys have.

Still, it was a progressive start in the right direction. And I’m proud of myself for being completely open about my needs.

You just have to be honest. Moreover, trust your judgement in order to avoid being lied to after you express your truth to someone. I also suggest creating some rules to protect yourself. For example, don’t go to their house for the first three times you hang out — stick to neutral places. And don’t hook up with them right off the bat. Making them wait will help you see how serious they take you. They won’t wait for sex if they can get it quicker somewhere else. If they’re happy just to spend time with you, then that’s the right sign.

Vocalizing what you want might make you feel like a demanding bitch, but it will help you get what you want in the long run. And I promise you, someone one day will respect and appreciate your honesty in return for theirs.