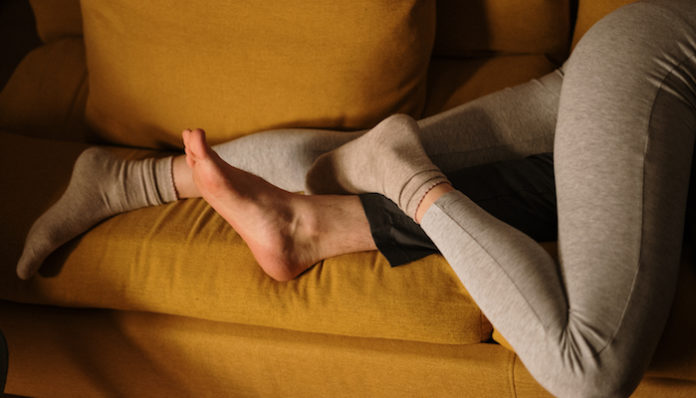 Whether you’re stuck at home by force or just finding yourself in a routine, finding new places to share your intimacy with your partner can be challenging. You can only try so many new positions and new ideas in bed. But while you’re cooped up, there are many more places where you can try having sex to help spice up your sex life.

Here are 9 uncommon places to have sex in your home:

This may be one of the riskier options on the list, but it can also be really fun if you’re into the thrill of doing something potentially wrong. Do it either during the day or at night and open your curtains while pressing your body against the window. If you aren’t into doing it against the window, you could always settle for simply being in front of it.

2. In front of the mirror

Sometimes there’s something really sexy about watching yourself have sex. It makes you feel a little raunchy and gives you a good chance to see each others’ facial expressions. And for the first time in a long time, you will get to see new angles of your partner.

Most people have definitely had sex in a car, but have you ever done it on a car? Well, I have, and it’s really exciting. If your car is parked in the garage, go out to “grab a few things” and do it on the hood. You could totally do it if your car is parked outside too — but you may want to avoid this option in order to dodge getting arrested.

It may sound corny, but how many times can you actually say you’ve had sex in the shower? Have him lather your body, turn the temperature higher and try new positions. You could stand with one leg on the side of the tub while he eats you out, or lay in the tub to do missionary.

If you have a walk-in closet, take advantage of it and use it for something other than getting dressed! It’s also a great idea for role play where you pretend you’re sneaking away from a party for a quickie and that they aren’t your partner. It’ll help spice things up from the usual quickie or lovemaking session.

Wood may hurt (pun totally intended), and so may carpet. But trying it on the floor is just a simple and different experience most wouldn’t think to try. Do it as a result of a passionate make-out session, and casually do it right then and there if you feel like it.

8. On the kitchen counter

If you have window access to some part of the roof or live in an apartment building, climb there if it’s safe and do it there when it’s dark. Sure, you may have to avoid helicopters or your neighbors, but if you can — definitely do it for a heightened experience. Just don’t do it in a spot where you could fall!

Sex doesn’t have to be repetitive and boring, especially if it’s just you and your partner. When times are tough or you’re just looking for something fun and different from your daily norm, experiment with new places and potentially throwing in role play if you can. You never know — you may find your new favorite spot.