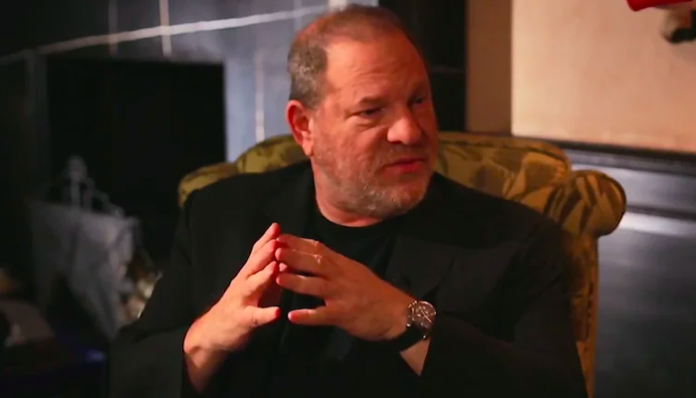 This past Wednesday morning, the court sentenced Harvey Weinstein to 23 years in a New York state prison and will need to register as a sex offender. Two survivors provided the key testimony that put one of Hollywood’s biggest producers behind bars.

The news struck me as the kind of ending we’d see on Law & Order: SVU. I can picture Mariska Hargitay as Detective Benson, standing with the survivors as the “bad guy” finally gets his comeuppance. For years, Weinstein produced Hollywood endings, and now, because of the brave sexual assault survivors who came forward with their stories, he got his own story’s ending.

Weinstein was convicted of first-degree criminal sexual acts and third-degree rape. In response to the ruling, his lawyer lamented, “We were looking for fairness, and we didn’t get it.”

Weinstein is a convicted rapist, and his legal team has no right to whine at the unfairness of their client’s conviction. The world must seem terribly unfair to the rich, cisgender white male who sexually assaulted his way through Tinseltown, right?

Mr. Weinstein, it’s time to face the consequences of your own actions.

Weinstein’s lawyers spoke of how outrageous his sentencing was due to his heart condition. But while a physical heart may beat in this man’s chest, the biggest heart issue Weinstein needs to address is the lack of humanity deep within his chest cavity. Before the judge sentenced him, Weinstein said,  “I really feel remorse for this situation. I feel it deeply in my heart.”

But Weinstein’s actions show a complete lack of remorse for women like me.

I have no empathy for the man who used his power and influence to terrorize women for decades. With entertainment industry professionals like Dr. Luke suing Kesha, his alleged victim, I already have very little faith in the justice system. I have even less faith now than when I was sexually assaulted at work last year and the small-town detective who should have taken my case told me that solving a recent homicide was more pressing than my assault. He even implied that I led my perpetrator on (Which seems odd, since my perpetrator was a straight male and I’m a gay woman).

At the end of the day, I’m tired of typing Weinstein’s name. So instead, I will type the names of the courageous survivors who testified in court: Mimi Hayeyi, Jessica Mann, Annabella Sciorra, Dawn Dunning, Tarale Wulff, and Lauren Young. These women stood up against a movie titan and served him justice. And I know that while my story didn’t have a Hollywood ending, theirs can. Their bravery and resilience have inspired me. The knowledge that they sent a notorious predator to prison will help other women come forward and face their own perpetrators.

Still, I can’t pretend that I’m not bitter at the state of justice in our nation. because he was a predator for years. Over 100 women have come forward with their stories of abuse and assault, including famous actresses like Ashley Judd and Rose McGowan.

We ignored the voices of 100 women because one man was so powerful in the film industry.

In our society, a man’s voice has more authority, influence, and leverage than a woman’s. His voice is amplified even more if he’s white and in a position of power. It’s an uncomfortable truth we don’t like to say aloud. Yet, here we are, right where we should never be again.