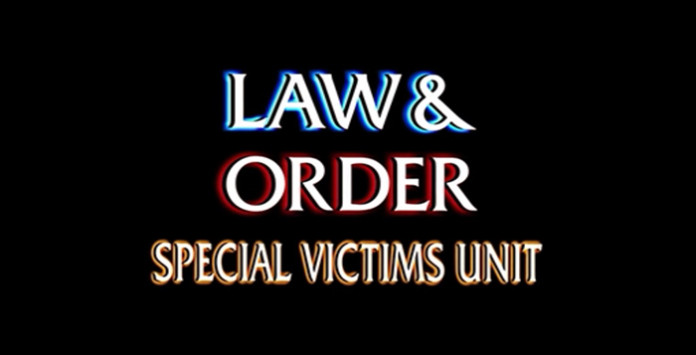 There are only a few words I’m okay with hearing when I’m hungover on a Tuesday (who decided Monday’s were a thing?) morning: “Do you wanna go get bagels?” and…

In the criminal justice system, sexually based offenses are considered especially heinous. In New York City, the dedicated detectives who investigate these vicious felonies are members of an elite squad known as the Special Victims Unit. These are their stories. DUN DUN.

Ah, the Law and Order: Special Victims Unit opening lines. They can only mean one thing – USA Network is about to play a marathon of episodes one can watch all day to avoid responsibilities. There’s just something so enjoyable about sitting on a couch all day watching Detective Benson and Detective Stabler investigate and solve crimes.

SVU marathon, you’re there when our hungover selves can’t handle the world just yet. You’re there when we need a solid five hours of vegging out in front of the TV in order to even have a chance at becoming a functioning member of society again. We can always count on a complex, seriously messed up case to take our minds off the painful wine headache we’re currently having.

SVU marathon, you’re there for us when we need to procrastinate from studying for history, writing that English paper and finishing that math problem set. The amount of times I’ve told myself, “I’ll go write my juvenile delinquency paper after this episode,” and then continued to sit on the couch for two, three and four more episodes is unreal.

SVU marathon, you have a way of making me think I’m learning more from watching episodes than doing actual homework. Because watching fictionalized detectives investigate pretend crimes under fake circumstances is almost as good as doing the readings for my contemporary criminological issues class, right?

SVU marathon, we can count on you to always be there – even in the middle of the summer when we’re bored of our home friends and dying to get back to college. Detective Stabler with his piercing blue eyes and bulging muscles (yes, I’m still bitter he’s been replaced by Detective Amaro) and Detective Benson with her ever-changing hairstyles lull us into a trance that makes the countdown until college move-in fly by. Our parents may come home from a day of work to see us in the same position on the couch as they left us in, but it’s worth it when the lack of movement is caused by that episode (with special guest appearance by Hilary Duff) loosely based off the Casey Anthony investigation.

SVU marathon, you’ve probably taken up a good percentage of my life with your helpless victims, fierce detectives, vicious perpetrators and powerful storylines. We can always count on USA to play a Law and Order: SVU marathon when we need it most. And there probably isn’t a problem in the world that a good SVU marathon can’t fix. So thank you, Dick Wolf, for producing such an addictive show. And thank you, USA Network, for playing the show on repeat.