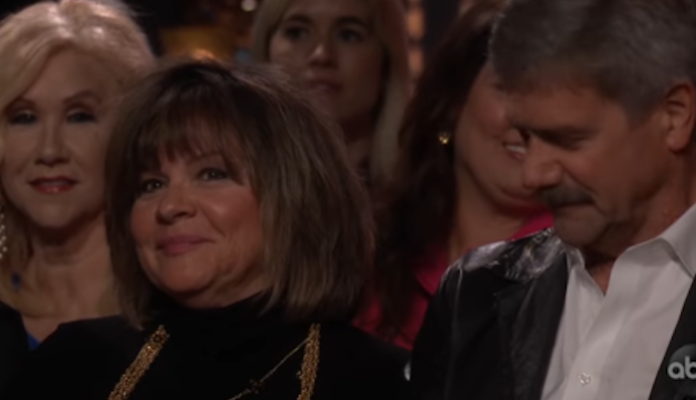 Last night loyal viewers tuned in to watch the season finale of The Bachelor to see who Peter Weber gave his final rose to. And while the final episode really did take some unexpected turns for the good, bad and ugly, his mom Barbara was the real star of the show.

So how did it all happen? Well let me give you a brief run down with these spoilers.

As we all know, Madison left Peter in the Australian outback after giving him an ultimatum. She clearly stated she couldn’t continue a relationship with him if he was intimate with other women. So with one woman left, the bachelor contestant confided in his parents.

Peter’s mother Barbara said that Hannah Ann was an angel. However, she suggested that they would not accept Madison into their family. This already didn’t sit well with viewers.

But one month after Peter proposed to Hannah Ann, they broke up. I mean, his entire proposal wasn’t even about how much he loved her, it was more about how Madison left him. So it wasn’t really a surprise since he made it look like she was only there because no one else was. Peter claimed his heart was split in two ways and that he couldn’t be with her.

Fast forward to After The Final Rose, in front of a live studio audience, the former couple was reunited for the first time. Hannah Ann confronted Peter and claimed he “downplayed” his feelings for Madison during the proposal and that she felt completely “blindsided” by him.

She also spoke the truth when she said he needed closure with Hannah Brown, because he clearly still wasn’t over her. And then she dropped this Beyonce-like quote:

“If you want to be with a woman, you need to become a real man.”

However, while footage played on After The Final Rose of Peter telling his family he proposed, Barbara didn’t smile or congratulate him until he announced that he’d chosen Hannah Ann. The whole time a “Barb Cam” was playing in the corner of the screen to show her real-time reactions. When the video switched to Hannah Ann breaking up with Peter, Barb appeared completely stone-faced when Peter talked then began clapping when Hannah Ann ripped into him.

Later in the show, Madison came out and professed her love for Peter, indicating they were willing to give it a go for a second time.

Chris Harrison then turned to Peter’s family in the crowd and asked how they felt. Instead of being a normal parent and trusting their child’s judgement and give their blessings, she went polar opposite.

Barb, who was clearly pissed, claimed Madison made the family wait “three hours” before coming in to see them in Australia during the final episodes and didn’t apologize. She also alleged Madison told her she would turn down a proposal and wasn’t in love with Peter.

“How do you expect a mother who loves her son with all of her heart to take that? I couldn’t… my whole family, my son Jack, my husband, Peter, and myself, you didn’t see that,” she told the audience.

“And as a mother, that… wasn’t what we were expecting. And therefore, when I said that I wanted Hannah Ann so badly, [it was] because I knew we just clicked right away. Unfortunately, we did not have that connection with Madison.”

And no, it didn’t stop there. She just kept going.

“All his friends, all his family, everyone that knows him knows that it’s not going to work.“

And in another epic moment, Madison just winked while some of this was going on.

Bachelor star Peter did come to the defense of his woman, which also shocked viewers, but gave us a reason to semi respect him after the shit show of a season we sat through. “I’m telling you, I love Madison, and that should be enough!” Sadly for her sake, it is not.

Despite everything that went down during the finale, I do believe Peter’s relationship with Madison isn’t going to work. It’s not because of their obvious incompatibilities, it’s more so because of Barb’s actions. That could play a huge factor in the fate of their relationship.

But the bachelor family drama didn’t stop there.

Following the most dramatic mother-son-girlfriend smackdown ever, Barb is still going on with her ways.

This morning, fans noticed that while we were sleeping Barb was commenting all over former contestant Kelley’s photos. (For those who don’t know, there was a conspiracy theory Peter was actually dating Kelley since his entire family follows her on Instagram and she was randomly in the crowd last night).

So not only did she come for Madison, come for her own son and partially her husband (you know, after the whole Spanish commentary fiasco), she’s now being extra catty and hyping his exes. This level of petty is unmatched.

Crazy to think we thought Victoria F. was the season’s villain… Turns out it was Peter’s own mother.

And in other Bachelor finale news, there’s also a ton of shade being thrown around regarding his decision making ability and the drama that played out. Hannah Ann, is making it obvious that she’s single, ready to mingle and ready to be a freaking queen after her ex humiliated her on national television.

Because why the hell not?

And with that, season 24 has finally come to an end. I’m sure we’ll be reading about this finale for weeks to come and hopefully Peter does find true happiness… And so does Barb. But until the next season of The Bachelorette starts, I’ll leave you with this tweet that sums up the finale well.

Put Down Your Phone And Celebrate National Read A Book Day