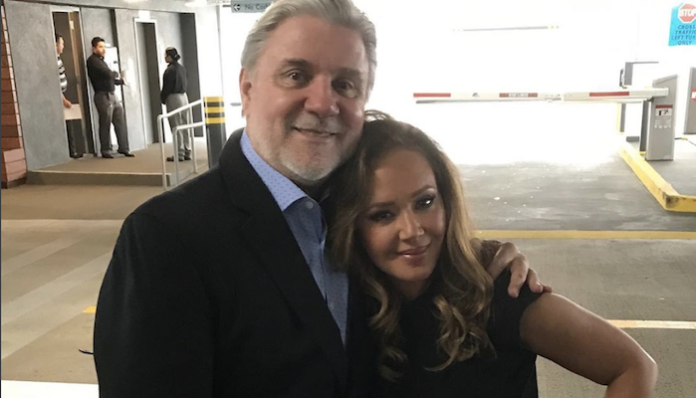 Unless you’ve been living under a rock, you’ve definitely heard of the Church of Scientology. Many celebrities such as Tom Cruise, Leah Remini, and John Travolta have been a part of Scientology, for instance. However, it doesn’t seem that too many people delve far enough into it to really know what is going on behind the scenes. Lately, though, it seems as though things haven’t died down as usual. We seem to keep hearing about Scientology even more. Why?

Leah Remini is best known for her role in The King of Queens that many of us remember from childhood. Moreover, she happens to be a former Scientologist and refuses to keep quiet about it. A&E produced a docuseries called Scientology and the Aftermath that she and former senior executive of the Church of Scientology Mike Rinder teamed up together for. The two traveled around the United States interviewing former members and digging deep into what makes the Church of Scientology so controversial. The Church didn’t take this well. In fact, the network received a lot of letters concerning Remini and Rinder, which claimed that they should be discredited.

The Church of Scientology is, unfortunately, best known for the abuse of its members by those who hold higher positions. Moreover, denial and refusal of mental health treatments as well as the cover-ups of former member’s suicides are also parts of the accusations.

Personally, the denial and refusal of mental health treatment is the thing that gets under my skin the most. They believe anything psychological or psychiatric is a way to market abuse and neglect. Their website states that they do not deny the insane treatment; they instead object to the mistreatment of the insane which is what they believe psychiatry does. The fact that they refer to those who suffer from mental illnesses as insane is the first problem.

The second problem is that there is testimony and sufficient evidence that they are the reason for hundreds of suicides. Instead of allowing its members to seek treatment, they take their own initiative and treat the sufferers themselves. They handle it with something called auditing, which is their way of giving someone therapy. They also attempt to treat mental illness with vitamins which has been proven ineffective.

Furthermore, Scientology preys best on vulnerable and naive people, and this is how and why they have grown to be such a huge religious organization. They make it all sound appealing, especially towards those who suffer with mental illnesses. Then once they rope them in, they deny them the treatment they so desperately need. It mimics abusive relationships that many people find themselves in.

Furthermore, Scientology takes its members’ money. They also require members to cut off any contact with family and friends who are no longer or have never been members.

We need more people like Leah Remini and Mike Rinder to speak out. The more accusations and stories of survival will continue to come forward, the more the Church of Scientology will suffer and perhaps one day be dismantled.

Please do your research before thinking of joining this controversial religion. Please watch the series A&E produced. The letters the Church of Scientology wrote to Leah Remini, Mike Rinder, and the show are read in some of the episodes. There are so many things revealed within this series that people need to be aware of so that they don’t get sucked in. Moreover, there are many other documentaries and interviews you can watch from former members that speak of the same things that A&E found on their journey.

Even though there is enough evidence to stop the Church of Scientology, they still escape by the skin of their teeth. This is how cults start, this is why they exist, and this is how they operate. And we have to finally do something to stop them.

How Your Self Talk Is Getting In The Way Of Your...