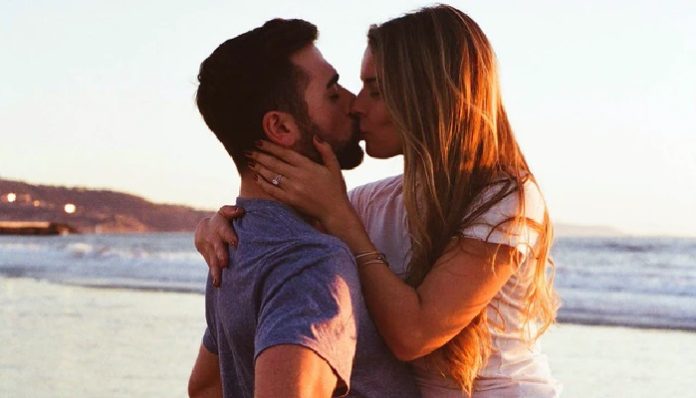 When it comes to dating, us 20-somethings are a product of the AIM and Facebook Messenger generation. For us millennials, chatting up multiple potential baes all at once isn’t only the norm, it’s almost expected. As teens, we spent countless hours on AIM, talking to friends we had seen just hours before in school. Hidden behind computer screens, you could ask your crush the questions you were too afraid to ask in person, while sending messages to other people at the same time. We learned to multitask our relationships during our formative years, and we’ve taken those lessons with us into our prime dating years.

In Trainwreck, Amy Schumer’s boyfriend confronts her about seeing other people to which she replies “we never said we were exclusive”. He criticizes her for being “high school” about it, but truth be told having the “exclusivity” conversation is a must for most real relationships. Some of us cringe at the thought of being monogamous. If you’re not “exclusive” with someone, you’re technically a free agent. You get to date, have sex with, or talk to, as many people as you want.

While our dating culture is centered around no-strings-attached “situationships”, many of us are ultimately looking for a meaningful relationship. It’s not that we settle for multiple “almost” relationships, it’s just that while we’re on that search for “the right one” we don’t mind having a bit of fun along the way.

But we have to be honest and up-front with ourselves about what we really want to get out of dating. Right now I’m career-driven, like most people in their 20’s, and I don’t have time for relationships that complicate my life. The relationships that I do have, are those that bring something to my life. However deep or lacking in-depth, the varying relationships in my life may be, they’re mine. And despite the fact that I’m “supposed” to be looking for the one right one, I’m having fun being single in 2016. That’s not to say that if I didn’t meet the right one I wouldn’t be with him, but I’m satisfied with my love life, with all the imperfections it may possess.

What do you think? Are we wiling out of control with our hormones and we all need to calm the f*ck down? Or, should we continue to sleep with and juggle as many partners as our young bodies desire – regardless of the consequences, emotional or otherwise?

Older generations may look at us and shake their damn heads, but we know better. I know for certain that it isn’t any of my business to tell you what to do (or who to do for that matter). Sometimes I think this form of dating is a second female revolution, and sometimes I think it’s the destruction of conventional societal values. Whatever it is, I am seeing women that are more empowered. And, if that is a side effect of the polyamorous dating scene, well, that change, I can embrace with open arms.