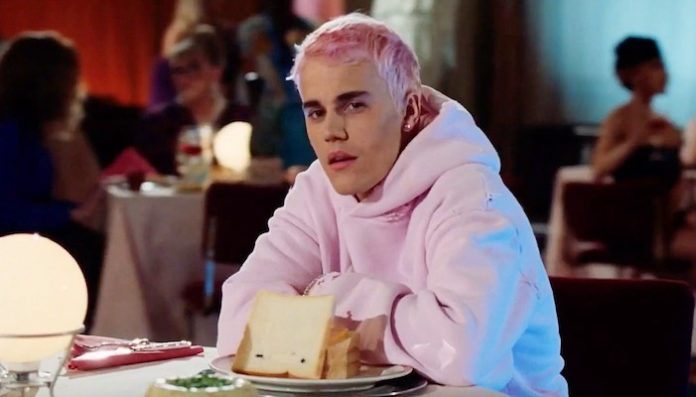 On Valentine’s Day, Justin Bieber dropped his first album in five years. The release date was appropriate because the entire album seems like something that was intended privately for Hailey. The sex references give the album an uncomfortable vibe that makes it a bit cringy to listen to.

The album’s first single “Yummy” right away sets the overly sexual tone. The whole idea behind the song is that his sex life is “yummy”. The lyrics include imagery such as, “Rollin’ eyes back in my head, make my toes curl, yeah, yeah” While I am glad that Bieber has found someone that makes him feel this way, it feels like something that I do not need to know. What makes the song more uncomfortable is the fact that the word “yummy” which is used throughout the song, is a childish way to describe a relationship between two adults. It makes me wonder if Bieber is actually ready to talk about his relationship.

“Yummy” however, is not the only song about sex, nearly every song is. Some of the more cringeworthy lyrics come from “Come Around Me”. In this slow jam Bieber makes his sexual expectations clear with lyrics such as, “When I rise up, baby don’t shy up.” The sex talk continues in “Available” he sings, “I’ll never get over you up under me.” Lyrics like these beg the question does Bieber only want to talk about sex with Hailey or does he not know how to talk about any other parts of his relationship? In his video series on YouTube, Seasons, he makes it apparent that Hailey has been his rock through extremely difficult times and she is truly his family, but we don’t get any of that real raw emotion in his new album.

While most of the album is uncomfortable to listen to the best song on the album by far is “Intentions”. The upbeat song featuring Quavo, is about how gorgeous Hailey is. While the intentions are still physical, it’s actually refreshing to listen to.

The album’s title track, Changes, is a short, simple, and slow song that talks about how he is going through changes in his life. While he is trying to be the best he can be, he is also at a point of uncertainty in his life. While this track is not a radio or Spotify hit, it explains some of the other choices he made on the album.

While I was excited to finally hear from Bieber again and I’m happy that he is going through positive life changes, this album seems like something that should have been kept as a private serenade for Hailey.