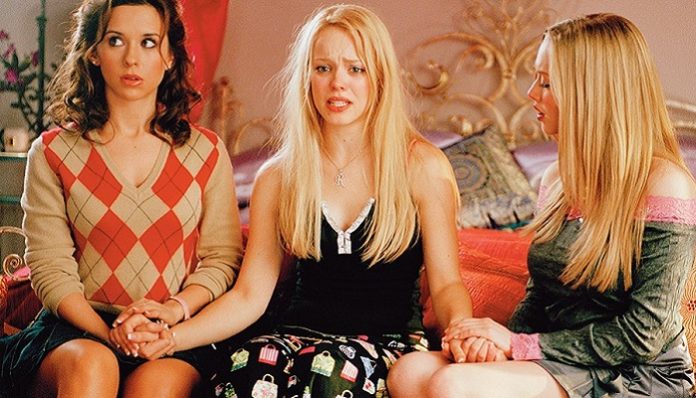 There’s no denying that millennial women are big fans of chick flicks since we grew up with so many great ones. Unlike today’s generation, we always had at least one big release per year (and we still watch them all the time). However, our young minds didn’t even realize that most of our beloved movies were actually based on books.

Here are 10 chick flicks you may not know started as a book:

We all knew that Lindsay Lohan’s hit movie Freaky Friday was a remake, but the majority of fans don’t realize it was adapted by a novel of the same name by Mary Rodgers. Surprisingly enough, Disney has continued to make remakes of the movie and made episodes of their original TV shows with Freaky Friday-themed episodes.

The book that inspired this hit movie was actually from journalist Mickey Rapkin’s deep search into the a capella scene on American college campuses. After finding some gold material, he wrote Pitch Perfect: The Quest for Collegiate a Cappella Glory. And the rest is history. The Bellas are real, this is acca-awesome!

Believe it or not, the entire plotline, most characters, and a lot of minor details were all inspired by Shakespeare’s Twelfth Night. The creator of the movie just modernized the story, but used the real characters’ names. They even used the book to inspire which colors the characters wore in the film.

Before it became a classic pro-feminist movie, it was actually a successful novel written by Amanda Brown. However, not everything is identical between the two versions. For example, Elle actually went to Stanford Law School in the book, not Harvard. Gasp!

Although all of the characters and the story were created by Tina Fey, she admits that she was inspired by Rosalind Wiseman’s self-help book Queen Bees and Wannabes: Helping Your Daughter Survive Cliques, Gossip, Boyfriends & Other Realities of Adolescence. And being the Mean Girls fan I am, I now totally want to read this book to see the connections.

6. He’s Just Not That Into You

Similar to Mean Girls, this popular rom-com was based on a dating advice book by Greg Behrendt and Liz Tuccillo. However, the title of the novel is even longer than the title of the movie: He’s Just Not That Into You: A No-Excuse Truth to Understanding Guys. And we thought the plot was confusing…

The novel How to Be Single by Liz Tuccillo made for the perfect single girl comedy. Especially since Tuccillo is a seasoned veteran at turning advice books into box office gold (see above). I mean, the film’s title already made it sound like a book, but I’m glad to have validation!

No, it’s not a movie about Hilary or Haylie Duff. But this rom-com was actually a book written by Kody Keplinger under the same title. Even more surprisingly, the author wrote the book in her senior year of high school and had it turned into a movie within 5 years of the book’s release date. Now that’s impressive.

Much like Lindsay Lohan’s other hit movie on this list, it, too, was a remake and an adaptation from a novel. What’s more surprising is that it’s actually based on the German novel, Lottie and Lisa by Erich Kästner. This book became popularized internationally after Walt Disney adapted it into a film in 1961.

Although it’s not confirmed, the entire world firmly believes this cult classic is based on Jane Austen’s classic, Emma. I know, as if. If you’ve ever read the book, which chances are if you enjoy literature you probably have, you’d definitely notice a lot of similarities between the two stories.

As mature, intellectual, and interested adults, I feel like our reading lists just got a lot longer. This just gives us a new way to fall in love with our favorite chick flicks all over again. Plus, we’ll totally be able to make connections we didn’t see before and identify easter eggs in the movies when we rewatch them on our next girls-night-in. Happy reading!