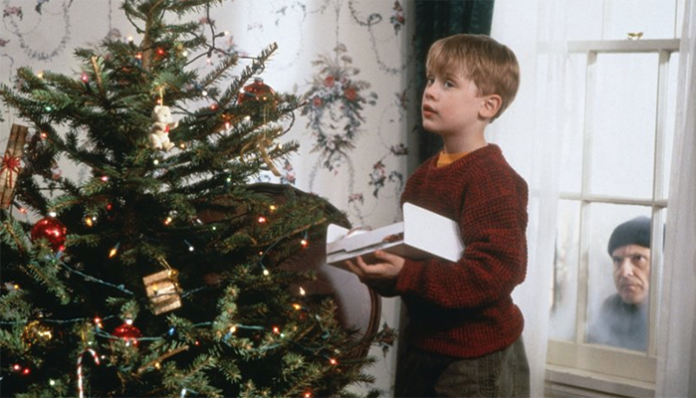 I am someone who loves the classic traditions affiliated with each holiday. From decorating every room in my house for Christmas to carving the classic jack-o-lantern with triangular eyes and noses for Halloween, I always participate.

However, as a generation, we still do these traditions and create our own without even thinking about their origin. Out of curiosity, I started doing some research and had some shocking results, particularly concerning Christmas traditions. Some were funny, some were odd, and some were downright creepy as hell. However, all were interesting.

We view ornaments as beautiful little decorations that symbolize the holidays. However, back in the day, they were glass-blown spheres called “witch balls.” These brightly colored decorations hung on windows. They were meant to attract and trap witches and dark spirits. No one knows when they transitioned to going on trees, but it’s speculated by many that the intent was to ward them off from the symbol of a holy holiday.

Instead of the happy go lucky symphony of singers who bring the holiday cheer, it used to be something much darker. It was formally called “wassailing”, that did consist of happy songs like the ones we sing now. But previously, they were intended to scare away ghosts.

In modern days, we stand under the mistletoe and kiss the other person under it. But the origin of this tradition actually means “poo on a stick.” That’s gross to think about. However, it also describes the feeling of standing under it alone.

In the 1500s in England, dinner consisted of only heating a boar’s head as the main dish for upper-class celebrations. They even created a song to sing as they feasted. And as if singing to a dead boar’s head wasn’t weird enough, they served it with candles in its mouth to make it look like it was breathing fire. More and more am I thankful for my grandma’s Christmas turkey and ham.

Oddly enough, this tradition started around the same time Hansel and Gretel was published by the Grimm brothers. Sticking with the theme of a candy-made house, these edible homes weren’t for a gingerbread family like your elders told you. They actually belonged to a witch that ate children. But I’m sticking with the gingerbread family because I liked that version better.

During the beginning of Christmas and when it became popularized, the Roman rule was that people who practiced other religions should be persecuted. However, around Christmastime, the Romans celebrated their own religion called The Festival of Saturnia (which celebrated the Roman god, Saturn), and a holly wreath was a traditional gift during the festival. To prove they were celebrating Christmas, Christians would hang these wreaths on their doors and in their homes to avoid death.

Christmas is synonymous with happiness, peace, and joy, but some of these origins are creepy and weird as hell! However, the warding off ghosts and witches all makes sense considering how strong and sacred religion was back then. If it weren’t for modernization, the great traditions we look forward to wouldn’t be so holly and jolly. But I’m still thankful for them nonetheless. So if things get a little awkward around the table this year, at least you have these great topics to bring up!