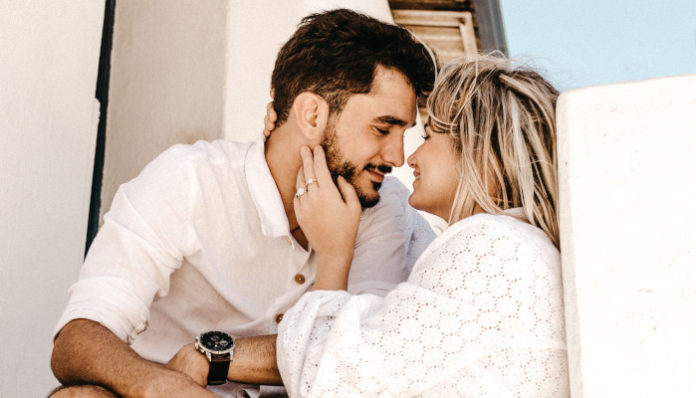 It was a few years ago when I met him. A friend asked if I could give his friend a place to crash because this friend-of-a-friend needed somewhere to sleep for a couple of days. People-pleaser that I was, I said “yes.”  My friend also told me that this guy had a girlfriend in his hometown and was just passing through for a while.

There was something different about the guy who crashed at my place, though. I had this indescribable, undeniable connection with him. We had the same interests, the same tastes, and I got along better with him than I have with almost anyone else.

A couple of days at my place turned into a month, and he went from sleeping in the spare bed to staying in my room. At first, we would make excuses for sharing my bed, like “We must have fallen asleep watching that movie.” Never mind that there was a television in the family room we could have used instead of the one in my room!

Eventually, we expressed our feelings for one another.

To my surprise, he explained that he was in an open relationship with his girlfriend. In other words, both he and his girlfriend agreed that they could each date other people, too. I had never spoken to his girlfriend, but I trusted his word. I assumed that after I had spent day in and day out with him, surely he wouldn’t lie.

Soon, he did tell his girlfriend that he and I were dating. She wasn’t thrilled, but she agreed to the open relationship. He and I continued to date, but our relationship got messy. He would talk to his girlfriend, and I would feel jealous. As a matter of fact, my jealousy reared its ugly head more frequently than I’d like to admit.

He and I regularly argued about how jealous I was. Even when we fought over something extremely small and simple, I’d respond, “I bet she would let you get away with something like this, right?” But most of our arguments simply revolved around the fact that there were more than just the two of us in our relationship. I would constantly question my value. I compared myself to every girl he looked at and wonder if he would choose them over me. Every time I thought about his other girlfriend, I felt inadequate to the point of sickness.

Over time, my constant comparison to other girls drove me back into depression.

Once I ended the open relationship, I realized that I need to value myself enough to stop comparing and give my heart to one person. I still fully support polyamorous couples and open relationships, but I also know that being part of one doesn’t work for me personally.