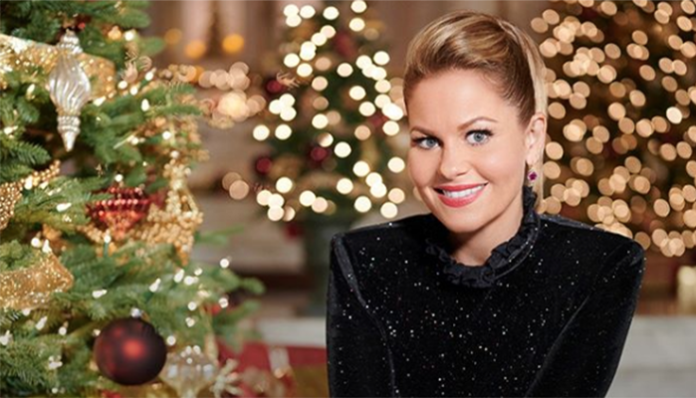 Did you tune in to the Hallmark Channel this weekend to start your countdown to Christmas?

Yes, that’s right: The Hallmark Channel, known for their cheesy movies, already started their 10th annual “Countdown to Christmas” movie marathon over the weekend! Between now and New Year’s Day, Hallmark will air a total of 24 yuletide features. If that’s not enough to get you into the holiday spirit, I don’t know what will be!

This year, Hallmark pulled out all the stops to bring us some familiar faces for their 10th anniversary celebration. So, let’s look at some of the highlights on this Countdown to Christmas List, shall we?

Full House fans will adore seeing Jodie Sweetin play the leading role in this sweet movie. Sweetin plays candy cane company CEO Cate. While battling her mother’s good intentions and a slew of company struggles, Cate finds more than just a way to save her company this holiday season. You can catch the entire movie this Saturday night at 8:00pm Eastern.

While this isn’t the Country music star’s first foray into Hallmark movies, this one sounds like an exciting time. Pickler’s character, Aria Eubank, tries to boost her town’s declining tourism by hiring a travel writer. However, Aria soon finds herself torn between the charismatic, pompous writer and his talented sidekick. If you enjoy a good romantic holiday feature, then The Mistletoe Secret is one you won’t want to miss.

While the cheesy story lines of most Hallmark films may not appeal to everyone, nobody will deny that the eye candy sometimes makes it worth tuning in. That’s definitely the case with Write Before Christmas, which will feature Chad Michael Murray in one of the leading roles.

I don’t know about you, but I absolutely adore Candace Cameron Bure. I can’t imagine that this feature won’t instantly become a crowd favorite just because of this leading lady! Fall in love with Grandon Falls along with our Fuller House leading lady on Sunday, December 1 at 8:00pm Eastern.

And in case you’re wondering, Hallmark has released the entire countdown list:

While we have all of these details and more about the first 18 films on the list, Hallmark is keeping many of the movies that appear towards the end of the countdown list under wraps for now. I guess if we want to know what to expect on Hallmark’s Christmas list this year, we will simply have to wait until we can open these holiday presents?

Which Hallmark Channel Christmas movies are you most excited for this year? Share with us in the comments!