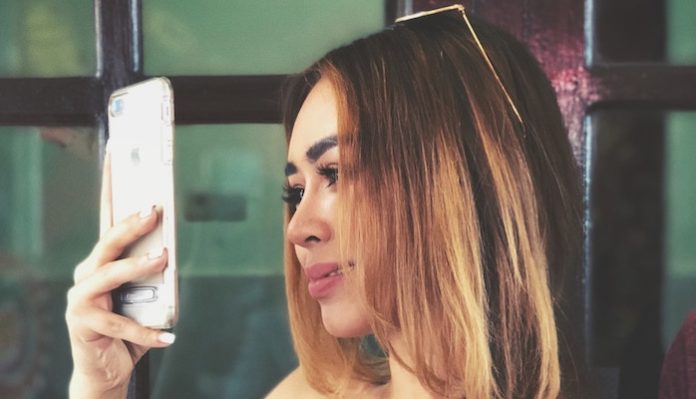 In early November 2018, University of Washington student Hella Chen started a Facebook group called Subtle Asian Dating (also known as SAD), a spinoff of the wildly popular group Subtle Asian Traits. Today, SAD has become its own phenomenon with more than 500 000 members. Most of them are between 18 and 24 years old, and reside in the United States, Canada, or Australia. Aside from sharing memes about dating while being Asian, members are creating and posting hilarious over-the-top dating profiles of friends, which they call ‘auctions’.

A common auction post consists of an excessive amount of emojis, sexual innuendos, a humorous pros and cons list about the bachelor/bachelorette, their photos, and of course, references to Asian American culture and values throughout.

These elements can be found in the auction post that Leslie Kwan shared of his friend, Tien Nguyen, a 22-year-old Calgary resident. Bullets in the pros and cons list are replaced by angel and devil emojis (excessive use of emojis – check!). Nguyen is hinted as a “wiiiiiild pony ride” (sexual innuendo – check!). She is described as a “wholesome gal” (a prioritized Asian trait, thus a reference to Asian American values – check!). In addition, Nguyen is also said to “wild out ABG stylezzz”, citing the stereotype of “Asian Baby Girls” (what the Asian American community calls Asian party girls, another reference to Asian American culture – check!). Needless to say, this post has no shortage of the standard elements of an auction post.

As a result of this auction, Nguyen received over 100 private messages. However, no actual date came of it since her suitors were from other cities. Nonetheless, it exceeded her expectations. “I saw the responses other people in my city got so I was expecting the same. Just like mutuals tagging each other. I wasn’t expecting more than 200 likes,” Tien tells us. Ultimately, her friends collaborated on this post just for a laugh. It was entertaining indeed.

Some posts lead to what members call a “Success Story,” which is when the auction causes a real relationship. Minh Thu Luong and Bryan Nguyen have found themselves in one of these Success Stories, recently celebrating their 8 month anniversary.

“I wanted to get clout (more followers on social media),” Minh admits when explaining why she allowed her friend, Vivian Young, to post an auction of her. She continues, “I wasn’t really looking for a significant other because I thought SAD was a meme page.”

With Minh and Bryan’s success story, SAD has proven to be more than a meme sharing page. Minh credits the Asian community within the group for allowing the meaningful connection to form between the two. She elaborates, “I personally have never dated an Asian guy before Bryan. I wanted a partner who shares the same culture as I am! I used to date different races other than Asian and I always have a hard time connecting my culture with them. And everyone on SAD is really nice and it feels like a safe space for me to find someone that I want to be with! Also, all the DMs from SAD’s people are very nice and genuine.”

Auction posts provide the opportunity for SAD members to define their own cultures and let other members see if they can relate. This is what caused Bryan to reach out to Minh. He reveals he contacted Minh because he saw their commonalities within her auction. Specifically, they shared being Texan, Vietnamese, fans of Korean boyband BTS, and wholesome. These young Asian Americans know it’s harder to find these types of connections on other dating apps like Tinder and Bumble.

Minh expresses the same sentiment, “I’ve had friends who used these apps for casual sex and one night stands and that’s not something I’m looking for.”

If an Asian is looking for something different from SAD, they can check out alternatives like Subtle Curry Dating (for South Asians) and SQuAD (Subtle Queer Asian Dating). Emma Tran, a 23-year-old Seattle resident, joined SQuAD and took the initiative in making an auction post of herself. When asked why she decided to auction herself, she confesses, “Honestly, probably [for] attention and I was lonely. I was experimenting with my gay side.”

Tran did meet a girl within SQuAD. They dated but they’re no longer together. Regardless, it was a “valuable lesson learned,” she says.

Although not everyone finds love in these Facebook groups, it is definitely a unique way of meeting people with romantic potential and learning what it’d be like to date an Asian person. To note, not every member of these groups is Asian. You just have to appreciate the culture to join.

Photo by Jernej Graj on Unsplash

6 Products Every Traveler Needs In Their Suitcase