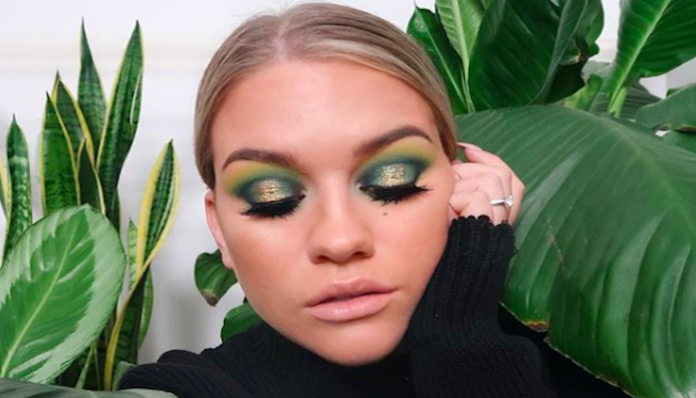 I don’t often cover makeup, but I felt like I had to do a shout out this time: c, a Canadian YouTuber, has joined a number of other influential beauty gurus who have made a pledge to do a “no buy” or a “low buy”. Basically, it means not spending any more money on new stuff, and trying to still make content using her existing stash of products.

Here are the answers to all the questions you did not have about this:

Is this a new thing?

The “low buy” or “no buy” isn’t a new idea. Kimberley Clark was the first to create an “anti-haul” series; Angelica Nyqvist, a Swedish YouTuber, has been doing a version of that for over a year. Other notable YouTubers that have created anti-shopping content include The Fancy Face, style apotheca, and Serein Wu.

However, there’s a reason why Sam Ravndahl doing this is a big deal. YouTubers who have been putting similar efforts to cut their spending on beauty products usually have less than 200K subscribers. Sam has nearly 1 million, and average views per video of 150-200K. This is a huge deal on a platform like YouTube.

Isn’t this just makeup though?

The beauty industry is very cruel, despite efforts from organizations like Leaping Bunny and bigger legislative bodies like the EU to abolish animal testing. According to an estimate by Humane Society International, 100,000 to 200,000 animals suffer or die in cosmetic testing around the world.

The beauty industry also relies heavily on plastic and produces tonnes of waste — a lot of it non-recyclable. Add to that the cost of manufacturing, shipping, and warehousing all this product, and suddenly that new tube of lipstick doesn’t seem like such a sexy new purchase anymore.

I still don’t see why we should care. Hasn’t makeup been around for centuries?

The advent of YouTube has made direct selling to people a lot easier than it used to be. While you and I would never dream of spending half an hour with a sales associate in an actual shop or watching a feature-length infomercial, many of us are spending hours watching other people’s favorite videos. Don’t believe me? Nikkie Tutorials’ yearly favorites for 2018 has been viewed 1.5 million times.

We’re more open to being advertised to because we still think of YouTubers more as “friends” rather than “sales associates”. Brands know that, which is why the influencer market is so lucrative. Combine that with a market that has an insatiable thirst for new products and extravagant PR, you end up with companies like ColourPop who embrace a fast-fashion label as if it is a badge of pride.

Okay, so makeup is evil then?

While makeup itself is definitely not evil, the beauty industry and influencers have developed a rather co-dependent relationship. Influencers drive the demand for more new and shiny content and brands are more than happy to deliver. The end result tends to be gimmicky products that sit in our drawers until they go bad. And then end up in a landfill.

This is why YouTubers who do anti-shopping content are great to watch and follow. They demonstrate that it is possible to run a channel without keeping up with the latest shiny lipsticks. They remind their viewers that it’s okay not to run off and buy the newest and most coveted skincare item. At a time when we all need to consider how our collective actions impact the planet, having major influencers take a stand is a good thing.

I’m not saying we should all boycott Sephora. I enjoy makeup and find it to be a pleasant way to express myself. But how many of the same lipsticks do I really need? How many cleansers do I have to buy? Are the things I’m buying actually being put to good use? Those are the kinds of questions that YouTubers like Angelica Nyqvist and Samantha Ravndahl are asking themselves. Because they do it on camera, we — their audience — get to partake in that reflection.

It’s like the plastic straw argument – even a little bit counts.