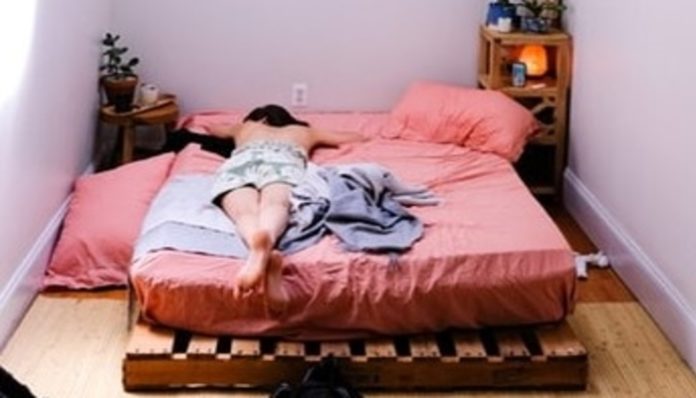 Most drinkers have experienced the classic hangover after a long night of drinking. You wake up feeling fatigued, nauseous, dizzy, and sensitive to light, and your uncomfortable symptoms seem to linger all day.

The best way to combat a hangover is to prevent it from occurring in the first place. We get it, though; some nights, that can be a lot to ask. So if you miss that step, don’t panic. There are plenty of techniques that you can use to combat your hangover, but some yield better results than others.

Most effective evidence for hangover cures is anecdotal or limited. However, that doesn’t mean that they aren’t successful. We broke down the hangover sleep methods that do and don’t work so that you can find an ideal solution for your next binge.

1. Drinking a big glass of water before bed does help.

While many people associate hangovers with dehydration, there isn’t much evidence to support the belief. However, hangovers can induce vomiting or diarrhea, which increase dehydration. Drinking water can help counteract dehydration and flush the alcoholic toxins from your body.

Drinking water is almost always a good idea, especially after a night of drinking. If you’re prone to feeling dehydrated and hungover, a glass of water in between drinks and even before bed may help prevent that nasty hangover. Sure, you might have to stumble into the bathroom in the middle of the night after you drink all of those fluids, but you’ll probably have an easier time waking up in the morning than if you don’t flush the alcohol out of your system.

2. Throwing up before bed doesn’t work.

Some people will go to  such great lengths to remove the alcohol from their system before bedtime that they induce vomiting. Unfortunately, though, this common practice is not a good idea. Since your body absorbs alcohol rather quickly, chances are that by the time you return home, it’s already in your system. Vomiting will only dehydrate you, not help you.

3. Drinking Gatorade or other electrolyte-filled drinks does help.

Even though the only exercise you did last night was run from the bar to the dance floor, electrolyte-filled drinks can actually help you recover from the effects of drinking faster. Drinking Gatorade or other sports drinks before bed will help you feel a lot better in the morning. Some people even rave about how coconut water helps replenish electrolytes and decrease hangover symptoms. Either way, electrolyte-filled drinks will help you feel refreshed.

Although people who suffer from insomnia swear by this rule, taking one last shot doesn’t show any positive benefits. Even though a little additional alcohol may help you fall asleep faster, it can also reduce your REM sleep. With less REM sleep, your body will not get as much rest. In fact, the more rest you get after a night of drinking, the quicker your body will recuperate. Instead of chasing down your booze with another shot before bed, consider picking up a cup of coffee the next morning instead.

Obviously, limiting your alcohol consumption is the best way to prevent a hangover. If you find yourself looking for a cure after a night out, though, you can try one of these helpful methods to avoid a hangover the next day.

Which hangover cures do you swear by? Share with us in the comments!

What RomComs Don’t Tell You About Long Distance Relationships

4 Tricks That Helped Me Establish A Better Relationship With My...