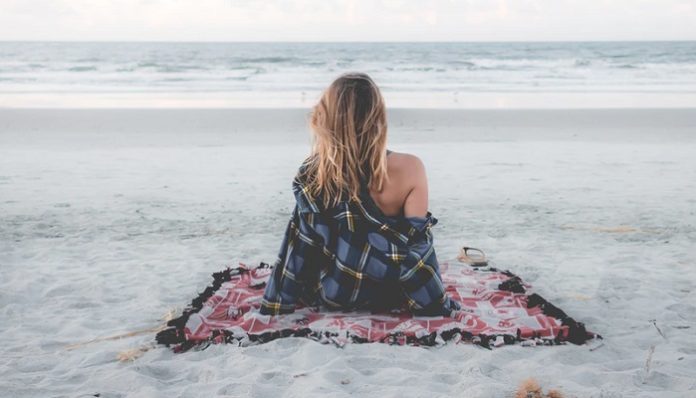 So if you are an avid reader of my work, you will know that last week I was just writing about the highs of dating and all the good, gushy butterflies that you get from it. Gross. You know all that can’t eat, can’t sleep, excited to talk to this new person kind of stuff. Ew. The idea that someone in the world is excited to listen to your love of boy bands and weird coworker stories. Insert eye roll. Well let me throw you for a little life ruining curve ball here that I have gotten used to, don’t get used to those damn butterflies because as Game Of Thrones has been warning you, winter will come and murder them all, and in my case, just throw them in front of a damn bus going at a high speed that runs over them several thousand times right before your eyes.

I have mentioned this before, but it’s not often that I find a person that I’m interested in, let alone will break me out of my routine of hanging out with my dog and reading on a Saturday night. So when I made it to date three with this “gentleman,” not only was I pretty anxious, I was pretty damn interested and excited about the fact that I might be going in the right direction where I might not grow old with my twenty rescue dogs and life-sized minion. Yay progress! The date itself I thought went pretty well, I had fun and I definitely thought he was still interested in my weird self. I texted him when I got home, per usual, and we ended on a good note. Sweet dreams about pumpkin beer and my new man to be.

And then silence… Maybe he is super busy this weekend? Maybe he dropped his phone in a vat of beer? Maybe he got hit by that same bus that ran over all of my happy go lucky butterflies? The excuses kept piling up, but the hope was still there. Everything was favorable toward him, until I woke up Monday morning and I realized the anxiety of talking to him was gone. After a week of unanswered texts (only two, I’m not a super crazy girl), it was obvious that something happened and I was uninformed about it. My gut told me that either I did something wrong to scare him off or that I wasn’t the only one, there had to be someone else who stole my thunder and replaced me, but I was left out in the cold in an attempt to figure it out on my own.

Here is the thing that bothers me about all of this: not the fact that he was probably dating her the entire time, it’s okay we weren’t exclusive. Not the fact that he was kind of stringing me along this entire time with this false hope, making plans and acting as if there was definitely something good happening here. Not even the fact that my anxiety has been at an all-time high trying to figure out what on Earth I said or did wrong, because I make a fool of myself all the time and all the weird things I say mesh together. It is the fact that you had said multiple times in conversations when I would accidentally refer to you as a boy, “I’m not a boy, I’m a man.”

If that was the case and you truly were a “man,” a real man would not leave a woman’s text unanswered. A man doesn’t start the date saying next time we are going to try out this restaurant, but never call her again. A real man doesn’t make her think that there is a future there, but then bail out last minute when something better comes scrolling along (Yes, dating app reference). A real man doesn’t let her pay the check, make her feel uneasy about it and then, not take her out again to make up for it. A real man would not let her feeling jaded or uneasy without giving her a reason why for the sudden silence. A real man would be honest and upfront with his decision, not leaving her second guessing herself. A real man doesn’t flake out and hope she is smart enough to figure it out on her own. The real men don’t make it into my writing… Only immature, egotistical boys do.

Lesson to be learned: Grow a set and tell people how you really feel. This goes for men and women, If you don’t see anything happening with someone after a few dates, cool, but don’t just vanish and hope that they get the point. We are all grown ups and deserve the courtesy in knowing that you aren’t a complete fuck up, just that the feelings weren’t there. Someone else came along. You saw the light and want to get closer to Jesus instead of in a relationship, whatever floats your boat. Sometimes honesty hurts, but it is better than leaving the situation with no ending and the one on the other side uneasy. At the end of the day, be the bigger person and own up to your decision.

Originally published on Hunny, Learn From Me

5 Decluttering Habits That You Need To Adopt Right Now