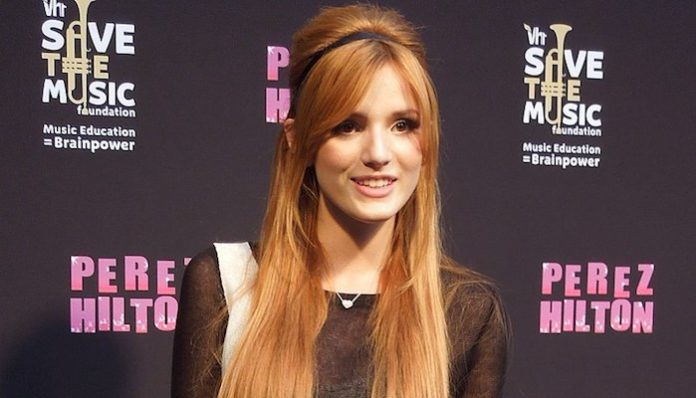 Bella Thorne has come a long way since her days as an actress on Disney Channel. Some of us even grew up watching her on Shake It Up. Since then, she became a very different type of character. Watching her wild ride and development as a person has been interesting, to say the least.

Some names we may or may not know since the film stars Abella Danger and Small Hands.

The movie starts with Abella Danger plotting to kill Small Hands. And as with most adult films, we can put together how things end up going from there.

Thorne has stated that it shows the struggle for power and domination as well as the switch between the dominant and submissive roles in the film. It relates to a real-life fight for dominance in the world between males and females.

She’s stated that it’s her first time directing something where people are genuinely having sex. Bella Thorne has also always been sex-positive and not ashamed to show her sexuality to the masses.

“Him & Her” may not be a short film for everyone, but for those that are interested, it could be something new and interesting. What do you think about Bella Thorne’s newest creative endeavor? Tell us in the comments!

3 Ways Reading Can Improve Your Life