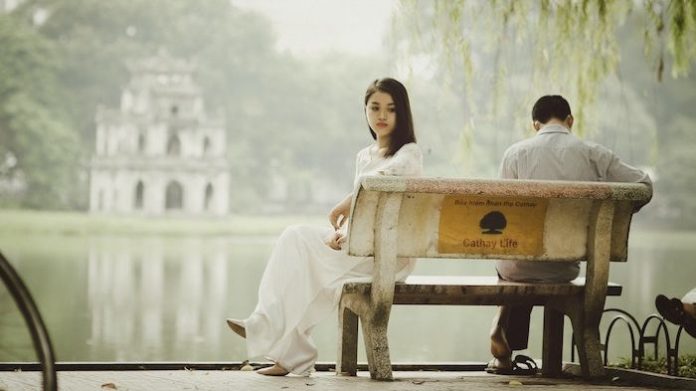 One of the most common phrases you’ll hear is, “I’m sorry.” Many people use this sentence too much in order to diffuse a situation, or as a gut reaction to accidentally bumping into someone. People want you to show remorse for your actions. Should you say that you’re sorry so frequently, though? After a point, these words lose their meaning. So, why do it? If you’re not sorry for something, if you don’t regret what you said or did, don’t say you are — and here’s why.

The offended party may be disappointed, hurt, or upset. It could be a nonsensical, silly situation in which they’re frustrated that you didn’t say what they wanted. In the past, I’ve had people come to me for advice. I wasn’t aware they wanted very specific advice, so I gave a genuine answer. Not long after giving this advice, seeing their reactions, I found myself saying the dreaded words, “I’m sorry.”

I’ve had friends say that I apologize too much. It causes people to feel guilty for showing their emotions when you say you’re sorry for every little thing.

Sometimes, you say sorry simply because you’re afraid that you’ll lose their friendship or trust if you don’t. You don’t have to do this though. If someone throws away your friendship just because you didn’t say you were sorry, especially for something that you don’t regret doing, then let them go.

That may seem like a calloused statement, but letting someone go when they’re causing you to feel guilty about your belief is a rational response to handling things. It can feel harsh at times, but there are times where you genuinely don’t need to say that you’re sorry. If you state an opinion, a belief, a fact, then you don’t need to apologize. Standing by what you believe in isn’t the same as doing something malicious that caused someone pain (in that case, you should apologize).

There’s absolutely no point in saying you’re sorry when you don’t believe that you’ve wronged someone. If they’re choosing to be angry over it, let them. There’s that saying, “If you love someone, let them go…” Yeah, we all know the quote. If they’re angry about something, let them be angry. Stand by your statement, stand by your action.

Many people fail to realize that they need to put themselves first. It doesn’t make you selfish, it doesn’t make you a bad person. It simply means that you take care of yourself, and that’s a necessity. Think of it like this: when you apologize for something you don’t regret doing, you’re shaming yourself. Do you deserve to be shamed? No, probably not. Don’t prioritize someone else’s short-term comfort over your own sense of integrity.

Depending on the circumstances, there may be no apology necessary. Take care of yourself, love yourself, and stand by what you did. Standing up for yourself warrants no apologies, no self-loathing, and no anger towards yourself.

It can be difficult not to hold onto things, not to believe that you did something wrong when you aren’t apologizing to everyone. It’s a difficult habit to break, but it’s a habit that needs to be broken. If you don’t regret something, you shouldn’t apologize for it. You should, however, if it’s not causing genuine harm to another person. In some circumstances, an apology may be warranted. In many cases, all you need to do is stand up for yourself and who you are. There’s no need to apologize for that.

Should I Get Back With My Ex After They Cheated? 5...

8 Things You Need To Do Before Traveling Solo