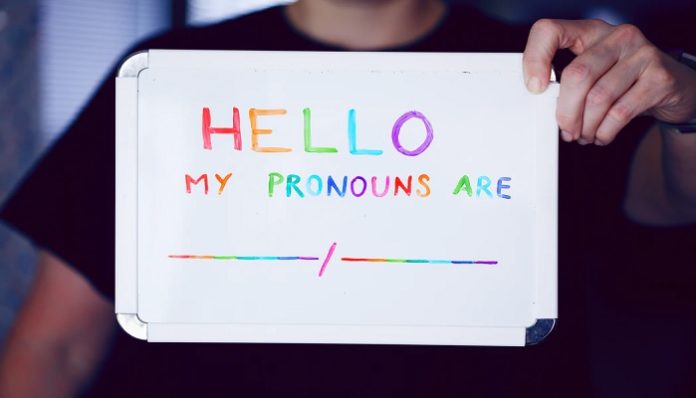 They never really prepare you for dating while transitioning or when you come out as transgender. You know it’ll be different, and it will take some getting used to. You know it won’t be easy — especially when most people think you’re a freak, mentally ill, or a name to drop to get some kind of LGBTQ street cred.

But what you don’t know is how quickly things change for you when you’re transitioning. No one prepares you for how full of s*** people are. I’m female to male transgender — meaning I was designated female at birth, but my gender is male. I don’t “think” I’m a guy. I am one … in a body that doesn’t fit cisgender “norms.”

Before coming out as trans, I identified as a female who was sexually attracted to other female-identified persons. And dating was so easy. I was attractive — especially when I felt like putting on a show. Getting girls’ attention was as easy as breathing. There was even a point where I was dating three girls at the same time (because I was fresh off a breakup and needed an ego boost).

But no one tells you that coming out as transgender means throwing everything away.

A few years on hormones later, I look like an average guy. The girls I used to go after — lesbian-identified ones — 90% of them want nothing to do with me anymore, mostly because they want to be either “gold star” or “stay true” to their sexual orientation.

Straight girls are the worst. It’s not entirely their fault, but to a trans guy, getting a straight girl to notice you is asking for the moon. Girls, in general, get spammed by dozens of guys all the time — guys slam them with “You’re hot/cute/sexy” or “Let’s bang” on the regular. I know, because I used to get those messages from guys as old as my parents.

But at least that’s considered normal for guys. If you message a straight girl, with the wittiest or most original opening line, moderately attractive photos, but it says ‘trans’ on your profile … you’re not getting a response. Ever.

So many of them are so wrapped up in the mindset that the guys they date must have a penis, so perfectly suitable trans men get ignored — or worse — get a “How dare you talk to me?” reply.  Heaven forbid my penis is bought or comes in different sizes and colors. You’d think that would be a good thing.

No one considers the fact that there’s more to dating than what’s in my pants.

Why don’t people venture outside the box they’ve put themselves in? It’s even harder when straight girls know you from before your transition. You tell them how you feel, but they don’t “see you as a man.” In their eyes, no matter how hard you try, short of growing a penis, you will never be good enough. Because of anatomy, I’m never good enough. Because of something entirely beyond my control.

This leads us to the elusive bisexual/pansexual woman. Pansexuals are the most open to trans people since they acknowledge the in-between place trans people generally end up inhabiting.

Bisexuals are tricky since the label literally confines them to two genders. However, if they acknowledge trans people as their given gender, the problem sorts itself out … sometimes. Of course, not every straight girl will ignore a transgender guy, and not every pansexual would date a trans guy. All I’m saying is that switching teams is the most difficult thing to do, and most people are too narrow-minded to see how much damage they do by limiting themselves and others to the insanely restrictive boxes that society tries to force us into.

You may be thinking, “Hey, if dating women is so hard, go date a guy.” Well gee — if sexual orientation were that easy, none of this would be a problem. But I’ll indulge you for a second.

What if I tried to date gay guys? Same problem. No penis + boobs/former boobs = ew to the vast majority of gay guys. A trans guy can be all muscled out and shirtless at the club, but there’s the almost inevitable crotch-touch, look of shock, and disgust on the face of the gay guy. Cue walking away in 3 … 2 … See ya.

What it all boils down to, no matter what I do, because of who I am, people will reject me off that one fact alone. And I think they’re all jerks. I’m not going to stop trying to date, because despite everything, I still believe in love. Love for that special person (or persons), and love for humanity as a whole. But we definitely need to work on some things.

What I Wish I Could Tell The Man Who Broke My...

Start Now: 15 Things You Must Do Before Turning 30