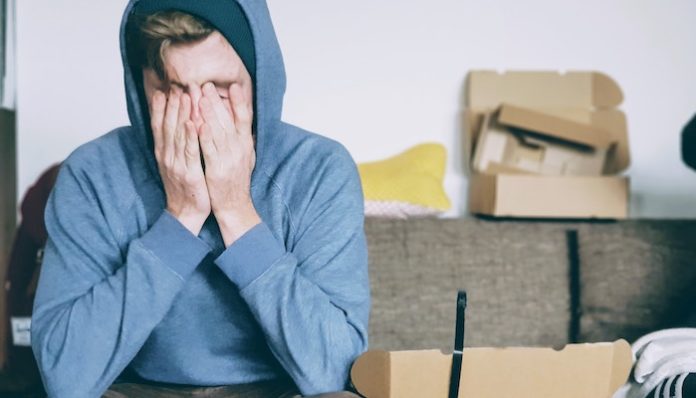 “If you don’t try at anything, you can’t fail… it takes backbone to lead the life you want.” – Richard Yates

Failure is inevitable. It is a part of life and there is even an entire day in honor of it: National Failure Day. Failures can be small or major. When you fail, it feels like the end of the world. It feels like there’s no coming back. Failure can be utterly crippling.

As children, we’re told it’s okay to fail, because we learn from our mistakes and grow from them. The experience can build character, but it can also break us if we let it. I, personally, look for inspiration from the world’s most important and influential people. And all of them have experienced failure. From Steve Jobs to Hilary Clinton to Walt Disney, there isn’t a human being who’s exempt from coming up short.. What makes these well-known individuals unique is what they did after they failed  — that’s what we remember them for.

When you put all of your failures into perspective, they truly are a fraction of the triumphs you’ve had. I’ve lost count of how many times I’ve failed and that’s okay. Are some failures more devastating? Absolutely. Does it take time to recover from? Certainly. This is precisely why the failures can initially seem to define you — they’re painful to get through. You just need to remind yourself how many more “wins” you’ve had than “losses.”

Furthermore, your failure can be a catalyst for your next great achievement or accomplishment.

For example, if you were recently fired or let go from a job, it might be exactly what you need. Were you truly happy there? Was it even the right job for you? Chances are you were open to finding something new. While it may absolutely suck that you got fired, it’s almost as if the universe gave you a swift kick in the behind and said that now you can pursue something you’re actually interested in. Think of the silver lining: now you have 40 more hours in the week to devote to your passion or a new job you’ve been longing for.

How about a relationship that came to an end, mostly unexpectedly? That failure is propelling you forward into something new and exciting. Even if it hurts now, remind yourself that it just wasn’t the right match. Reflect on what you learned and how you grew as a person through that relationship, then bring those lessons into the next one. You had to fail in that relationship to find your next great love (hopefully).

So, how can you get better at recovering from failure?

One of the first things to do is to think about what exactly happened  and why you failed. Moreover, if you don’t recognize why you failed, then you’ll never be able to overcome what caused it, and consequently won’t be prepared for a similar situation in the future. If you can’t figure out where it all went wrong, talk it through with someone else. They might be able to provide insight into something you missed, being too close to the situation.

The next step is to accept that it happened. Don’t beat yourself up. Let go of all the resentment, pity, sorrow and every other self doubt you have for yourself. If Steve Jobs failed, it’s okay for you to fail too.

Think about it: Where would we be as a society if all the greats gave up after their failures? Imagine the breakthroughs in science and engineering, infrastructure, or human relations that we would have missed out on.

We would probably still be in the stone ages.

Our failures are not the end all, be all of our lives. As a matter of fact, we as people are the products of our collective failures — many of which lead to our greatest achievements. So today, on National Failure Day, take a good hard look at your life. Should there be something that you failed at but don’t want to give up on? As the iconic singer Aaliyah sang, “If at first you don’t succeed, dust yourself off and try again.”

Featured image from @christnerfurt via Unsplash.

4 Pieces Of Advice To Read If You Want To Succeed...