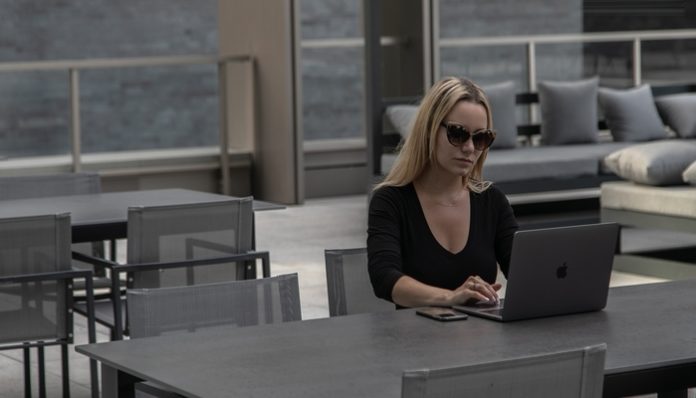 Dear Current Boss – I hope you’re not reading this.

I’ve lied at the first job interview I’ve ever had.

The Chinese restaurant owner asked me if I’d memorize the menu within my first week of serving tables. I didn’t even try. After three months of after-school shifts, I still couldn’t remember how many egg rolls came in the appetizer (FYI: it was two).

At my second job which supported me through college, I worked at a kitchen store. I knocked a crystal salad bowl off the shelf while absentmindedly dusting. Then I told my manager it had fallen off when a customer walked by.

I lied at my first big magazine job when the editor asked me if I was good at handling stress and working under pressure. But I sucked at it. Still do.

I lied when I told my staff I was running late for work because my alarm hadn’t gone off.

It had. I’d spent the morning in bed crippled with period pain so excruciating that it rendered me immobile. So I lied since I didn’t want them to call my ability to do my job into question.

I told a room full of people I had to excuse myself from a meeting to use the restroom at my second job as a journalist. Instead, I found a dark corner and hunched down with my arms wrapped tightly around my legs, trying so hard to remember how to breathe as a panic attack started to set in. When I returned, I gave a presentation and everyone applauded.

In my first job as an editor, I took a week off and returned with a medical certificate, explaining I’d had the flu. I hadn’t. I’d spent the past seven days in a psych ward. I was being treated for depression after overdosing on painkillers and carving an intricate patchwork of self-inflicted battle scars up my left arm.

Most recently, I lied when a colleague asked me how I was.

I threw my head back in response and smiled an impossibly wide grin, announcing that I was doing great. But I wasn’t. I wasn’t even kinda-great. Actually, I was having one of the worst days of my life.

I’ve lied to every boss I’ve ever had when they’ve asked me if I’m “on top of everything”. I’ve never felt on top of anything. Not even a little. Not at all.

I lie from the moment the lift doors spring open and I glide into my office smiling and catching up with everyone’s latest as I pass their desks each day. When I sit at my laptop and type email responses, simultaneously taking meeting requests and delegating tasks to my team, I lie. I tell myself, “I got this,” but I’ve never felt like I’ve really gotten this. Or like I should be anyone’s manager. I’ve always felt like a fraud – anxiously awaiting the moment someone hurls an accusing finger at me like a sixteenth century witch, yelling “She tricked you; she’s not competent to do that job! Fire her!”

Every “Thank you!” or acknowledging smile I’ve given in response to every compliment has been a lie.

Every ounce of laughter in the face of failure, every “It was just a mistake; I’m not going to beat myself up about it” has been an act. I don’t think I did a great job. And I definitely do beat myself up over every error I’ve ever made.

Every time I’ve obsessively checked my phone during a stressful project or meeting and explained that I was waiting for an important email, I wasn’t. I was willing my partner to send me the kind of text they could send; a message that I could do this – that no matter the outcome, they’d be waiting for me at the end of the day. Waiting with outstretched arms and a tight, silent hug that would make me believe, just for a few seconds, that I wasn’t a total failure.

I lie once every month when I say I’m leaving an hour early to have a regular check-up with my doctor. I’m not. I’m seeing my therapist, to keep my depression and anxiety in check. But they seem like dirty words to use in the office.

I lie in hundreds of ways to almost everyone I come into contact with at my job every day.

Because I want people to believe I’m the strong, confident girl boss of Beyoncé music videos and motivational Ted Talks who has her shit together. The boss who isn’t secretly hoping she won’t be found out – for crying sessions in the restroom when it all gets too much. Or maybe not quite having it all together. For wearing a three day-old bra and two weeks worth of dry shampoo because I don’t have time to look like a girl boss at the same time as trying to be one. Or for still feeling like a fraud sometimes. Like an old grocery store box ready to pack up my plastic pot plant and stapler, so I can slink out silently after I’m shown the door.

And on those days, I need to lie more than ever – not to my boss, or to my colleagues, but to myself. I need to believe I’ve got this. Even when I honestly don’t.

So, if you’re reading this, bosses, I’m sorry for the egg rolls, the broken bowl, and the time I ducked out of that meeting.

Because I’ve got this.

Do you think women experience a lot more pressure than men to hide vulnerability in the workplace? Let us know your thoughts in the comments!

How A Near-Death Experience Reminded Me That ‘Slow And Steady Wins...