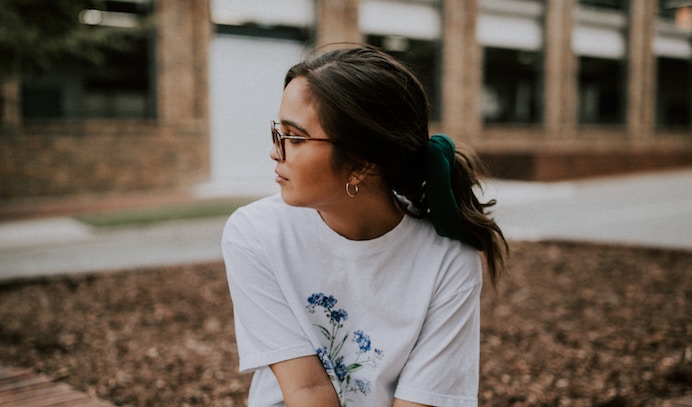 Have you heard of “gatekeeping?” Save yourself the Wikipedia search and watch this hilarious YouTube video instead — I think it’ll give you a good idea of how this term is used in our current culture. If you’re still confused, “gatekeeping” generally refers to reserving a special space designated only for members of a particular club or niche.

I’ve noticed there is a form of gatekeeping going on in the mental health community. There is a tendency nowadays for people, particularly young people on social media, to do this thing where they say, “if you’ve never [insert action or feeling], you DON’T have [insert mental illness]!”

While accurate diagnosis and representation is very important, I think it’s also important that we stop focusing on shaming people for feelings they may be perceiving in their lives and instead focus on education. Instead of saying, “you don’t have this,” we may say something like, “here’s what it may look like if you do have this — please seek help if so!”

Gatekeeping is, in general, an ugly thing because it focuses on calling people out, making someone feel bad or wrong or excluded, instead of asking, “what do we have in common?” — even if it’s not everything — and seeking ways to help each other. This type of gatekeeping often descends into a blatant game of one-upmanship, like “you don’t know what real anxiety is; real anxiety is like this.”

I don’t think some people realize how harmful and isolating this kind of behavior is. It can be harmful to anyone, but also to the mental health of those who may actually share a clinical diagnosis, but who have kept their diagnoses quiet due to the stigma still surrounding mental illness.

How We Invalidate the Feelings of Others

When we’re expressing an emotion, especially a painful one, we do so in hopes of receiving a few words of comfort and condolence. We certainly don’t want to be attacked for sharing how we feel.

It’s important for members of the mental health community to realize that those without a clinical diagnosis nevertheless still experience times when they may feel depressed and anxious. In addition, others may very well suffer from a mental illness but it has yet to be diagnosed.

Instead of trying to invalidate how the speaker is feeling, use this opportunity, instead, to offer gentle education. Make it clear that you may not know exactly how they feel, but you’re willing to be a listening ear. Offer resources that will help if the individual is open to them.

Mental Illness Is Not a Competition

Another way we invalidate the feelings of others is by minimizing their personal experience. No one enjoys sharing their bad day only to receive a response like, “Oh you think your day was bad? Let me tell you about mine!”

This is actually incredibly selfish and ignores the fact that we may not know what others are going through, especially when there is such a wide array of mental health issues one could be dealing with. From something as serious as bipolar disorder to lesser-known anxieties such as dental phobias or a fear of flying, people could be feeling a range of emotions at any given moment that you don’t understand because you’re not them.

So be kind. Instead of preaching, tell them that you want to try to relate to how they feel in order to help them, and always assure them that their feelings are valid.

Not All Illnesses Manifest the Same Symptoms

Another factor to keep in mind is that not everyone manifests the same symptoms in the same way that you do.

For example, when we think of someone suffering from depression, we often picture someone who won’t eat and won’t get out of bed. While this may be true of some with depression, others may overeat in an attempt to self-medicate. Some even become workaholics. Think of people like Robin Williams: while he was rarely seen in public without a smile, he suffered in silence.

What Not to Say

The fact is, when someone confides their feelings to you, they are doing just that — confiding in you. You may have no way of knowing if they suffer from an undiagnosed mental illness or whether they’ve already been diagnosed and are hiding it very well.

Avoid saying anything to them that you wouldn’t want someone saying to you. Don’t minimize how they feel, don’t imply that you or others have it much worse, don’t suggest that they’re overreacting. Remember that everyone’s feelings are valid.

What to Say Instead

The best thing you can do when a friend or colleague confides in you about their feelings or even posts publicly that they are feeling low is simply to listen and offer support. The simple words, “I’m here for you if you need to talk,” both validates the speaker’s feelings and lets them know that they have a non-judgmental, listening ear at the ready.

Members of the mental health community have so much to offer in empathy and understanding. Instead of pushing people away, we should share our coping skills so that everyone can enjoy a kinder world.

Photo by Hannah Busing on Unsplash