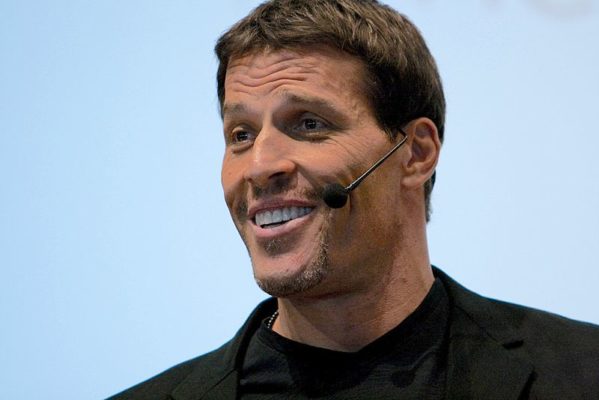 For those of you who don’t know, Robbins established his reputation as a world-renowned self-help guru. He has published books, recorded television specials, been on podcasts, and hosted his own seminars worldwide. Many people claim that his seminars and messages are life-changing, including those who have supposedly been his victims.

Robbins himself responded to BuzzFeed in a letter on Medium. In this letter, he stated that BuzzFeed denied meeting in person with Robbins’ team. The team apparently has evidence against Robbins’ allegations and has claimed that Robbins has never behaved in a reckless manner. In addition, Robbins argues that BuzzFeed doesn’t have the best news reporting reputation w. On May 22, at one of his seminars in Australia, Robbins recorded and posted a video to YouTube thanking his supporters and continuing to defend himself.

With all of the drama and scandals surrounding him, it is easy to wonder: Is Tony Robbins a good leader and businessman, or is he a scam? After a simple Google search (“Tony Robbins reviews”), the public opinion is clearly mixed.

Noah Kagan wrote for OkDork about why he walked out of a Tony Robbins seminar, saying, “It finally hit me. Dread. I was officially dreading the rest of the seminar. To stay for three whole days felt like a self-imposed prison, rather than an opportunity to actually grow”. Still, Kagan took away some empowering messages from “Unleash the Power Within”. Such as dedicating time every week to work on yourself, practicing gratitude, and removing distractions. Kagan said that the best thing about Robbin’s seminar is that it forced him to develop himself on his own. He ultimately stated that he does not regret going to Robbins’ event. But he also does not regret walking out of it.

Larry Ludwig, founder and Editor in Chief of Investor Junkie wrote a review about Tony Robbins’ “Unleash the Power Within” seminar. After weighing the pros and cons, he concluded that the seminar caused more harm than good. He loved Tony Robbins’ charisma and his ability to instantly read and captivate an audience. But he also mentioned that Robbins often upsells his other seminars and products during his seminars.

Darren Hill, a behavioral scientist who admits that he was skeptical of Robbins, wrote an article for Medium about his experience attending a Tony Robbins seminar. Although the seminar entertained him, he couldn’t ignore the red flags. Such as the heavy self-promotion and Robbins’ grandiose statements, which undermined his credibility.

Hill’s first Robbins encounter wasn’t actually at this seminar but through reading his book Money Mastery. Hill was initially impressed with how Robbins included easy-to-understand information from the world’s top investing professionals. He then became more curious about Robbins and his events, eventually attending one with his wife, which he truly enjoyed.

Lastly, Mia Doring, a psychotherapist, wrote an entertaining article about Robbins’ Netflix documentary I Am Not Your Guru. In it, she explains why Robbins should not be anyone’s guru. She states:

“I am all for the empowerment approach of supporting a person’s choices to help themselves or try something new in whatever guise it comes. However. There are reasons that there is training in suicide intervention. Safety is not guaranteed for a suicidal person to speak in front of thousands of people about their reasons for wanting to die. […] It is also bizarre, as a giant man in a position of significant power, to pull a female sexual abuse survivor into your chest uninvited. But you’d need to know about these things, wouldn’t you.”

Doring instead recommends going to a professional to seek mental health help. She claims that Robbins’ shows lack substance and credibility.

What is the verdict on Tony Robbins?

Robbins is an established businessman who teaches popular self-improvement concepts. However, he stands out with his highly addictive, mesmerizing charisma. Based on his seminar reviews, however, he is a businessman first, not a therapist. He charges thousands of dollars per person and upsells his products as a business tactic. His followers are completely hooked on him, to the point that they will buy anything that he dangles in front of them. They will go to bat for him whenever anyone says something negative about him.

Robbins claims to save people from suicide, abusive relationships, and other hardships even though he lacks the training to do so.  What he preaches is nothing new – he has simply found a better way to monetize himself and cast people under his spell.

Why You Should Date A Man Who Gets Excited About You

7 Important Life Lessons That I Learned From My Dog