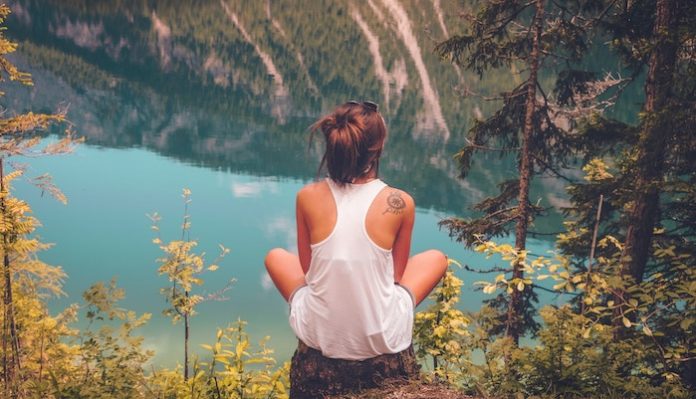 It’s hard to know when a relationship should end. No one wants to make the wrong decision and ruin something amazing. It can be hard to believe that nothing good remains after you’ve caught feelings and they’ve reciprocated. Besides, whether it’s a flirtationship or full-fledged love, breakups are always painful.

Personally, I’ve agonized over whether or not I should move on because I never want to give up on anyone. Therefore, I let guys walk all over me instead of accepting all of the red flags in front of me. However, even in the midst of my failed romantic escapades, I’ve learned quite a bit about when to let go. So if you see any of these tell-tale signs that your relationship isn’t going to improve, you should just move on.

1. They stop texting you first.

Have you ever seen that movie He’s Just Not That Into You? If you have, it’s about time you take a hint from the queen herself: “If he’s not calling you, it’s because you are not on his mind.” Waiting all day for him to text you sucks, but if a guy wants to talk to you, not even God himself can keep him from the phone. If he’s not texting you, it’s simply because he doesn’t want to.

3. He no longer notices the little things about you.

In nearly every cheesy romantic movie, a guy shares how he loves all of the little things that his girlfriend does, like twirling her hair or biting her pen. While I’m sure we all audibly cringe during those scenes, that guy is actually showing us how much he pays attention to his partner. When people truly care, they can’t take their eyes off of you. He should be so into you that he can’t help but notice your quirks. If he no longer points out how cute your dimples are or how much he loves your laugh, it might be time to say goodbye.

4. The relationship’s novelty starts wearing off.

Remember those girls in school who acted as they would never see their boyfriends again if they had just one class apart from each other? The way they’d hug their partners like it was the first time? You should feel that way with any healthy relationship. When you start overlooking those small moments, the novelty of your relationship has already worn off. Once your love no longer feels fresh, he might grow restless and start looking for greener pastures.

We never see fighting as a good thing. As a child of divorce, though, I can tell you that it definitely is. As my parents neared the end of their relationship, they completely stopped fighting.  Back then, I thought it was a good thing because no fighting means no problems, right? I eventually realized that my parents stopped fighting because there was nothing left that was worth fighting for. So fight about which TV show you want to watch. Argue about what you want for dinner. Fight about anything and everything because in your relationship, you should always have something worth fighting for.

It can be hard for couples to navigate their busy schedules so most people cherish every moment they spend with their significant others. If you start feeling like spending time together is more of an obligation, though, then it might be time to call it quits.

7. They stop seeking you out.

Remember, a partner who wants to talk to you will always find the time. So, if he isn’t actively working to see you, he probably doesn’t care. Now, I’m not saying that he’s going to spend every waking moment with you, but he should never avoid spending quality time with you, either.

While these red flags have helped me understand when I should move on from my relationships, everyone is different. Always trust your gut and listen to your heart. If something feels wrong, your intuition is probably right.

Do you have any other signs that helped you decide when to move on? Share them in the comments below!

Photo by Cristina Gottardi on Unsplash