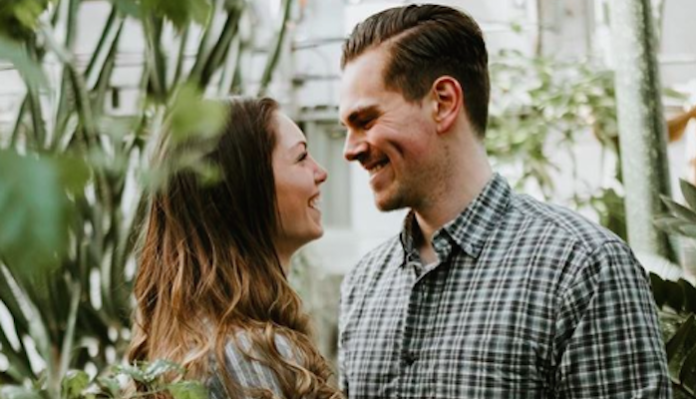 Perhaps I missed the memo, but I think I’m the only guy writing on here… In which case, this is definitely where I meant to park my car.

Pump the breaks ladies. Get your minds outta the gutter and hear me out. The further I get into my twenties, the more I realize the following two truths about my audacious female counterparts.

One, sober consent will avoid any and/or all litigation. *Insert Thumbs-Up Emoji here*

The second is that whole Good Guy vs. Bad Guy Dating Debacle that has seemingly turned 4Loko crazy.

Let’s not be too obtuse or judgmental, but indeed an overwhelming majority of my species are how do you say, not so gentle? Most don’t hold open doors, that’s “gay.” Forget about chivalry, they can barely spell that. Instead, they’ve mastered the Ancient Art of Douchebaggery, and Intro to Contemporary Philosophy of being an Asshole.  Let’s hear it for the Bad Guy.

He’s the mysteriously rugged rebel, the patchy facial hair having kind of dude, toolish frat star, overly chill lax bro, pitiful amateur rapper (this guy is actually hysterical) and the quiet yet cunning, self-absorbed prick you know and adore. Oh yes I went there. He’s the carefree, dazed and confused burnout nearing the college dropout title. This guy lives with “No Ragrets.” When he’s not carrying on about his gnarly, epic lifestyle concerning his perennial escapades with skateboarding, snowboarding and surfing, better believe he’s crushing that 30 rack of Natty Ice he stole from a friend. And no, you won’t be getting a text to come over. Guys only. Scratch that, Slam Pieces only (#LEGGO). Oh you didn’t know? Obviously he’s got ten more just like you. That’s what makes him…him.

This reckless lad of our millennial generation drives you crazy. Any silver linings? Nope. Unfortunately for you, on paper he’s about as incompetent as he is in person. Shocker. But wait, there’s more. The tattoos, earrings, and drugs oh my.  Must be something about those glazed, bloodshot eyes and raspy, monotone “I’m so high” voice that triggers your fiery, sexually animalistic hormones. Is this sounding dirty yet? Seriously though, when doesn’t this guy carry Visine on him?

Girls, you simply go bat-shit crazy for a D*ck (No pun intended). Why? Something about that validating, orgasmic, blissful thrill of changing a man makes you all kinds of hot and bothered. As a disclaimer: quit while you’re ahead because it won’t happen. Ever. Honestly, if it wasn’t for the Bad Guy, you’d have nothing to b*tch and moan about with the girls, or sub-tweet on Twitter. Interesting.

Moving on, ladies allow me to be frank, you can still be you. See what I did there? I’d rather not sugarcoat it, so here it goes. More often than not, you’re pretty damn delusional, hence why I don’t understand many of you. At all. Allow me to apologize on your fathers’ behalf for your inherent ‘daddy issues’, but is it just me, or was Freud onto something with that Oedipus Complex Theory? Look it up, the irony is unreal.

Girls, I read you loud and clear. Mr. Nice Guy is boring, plain and simple. Who in their right mind would waste their time with the sensitive momma’s boy, the hopeless romantic, and the doormat for society (#TripleWhammy)? He is anxiety-ridden, and tends to overcompensate with that excessively caring, honest, and sincere demeanor. He may or may not call you “Babe,” which, if so, I agree that shit needs to end. Get it together fellas. Then again, can you really blame him? This poor chap wears his heart on his damn sleeve, which probably explains that time he sobbed after having sex with you. That one is tough to defend here. Agreeably, no one likes a push over. That is unless of course they’re DD and plan to cover that 2AM Taco Bell tab am I right?

Yet and still, this casual intellectual is in need of a second look. He has a ton to offer in both the short and long term. So what if he cares too much. He desires to be that crutch you lean on, minus the BFF title, that’ll crack his spirit. Nonetheless he’s handy to have around. He is after all a Renaissance Man. For instance, more than likely he will insist upon holding your hair back as you puke up that fifth of Malibu Rum you chased with a regrettable Crunch Wrap Supreme.

But remember, he’s a scholar, and clever gentleman. He knows if he can’t f*ck ya, he’s banking on the chance to caress your backside ever so softly, gently grasping your mangled, ratchet ponytail as you vomit away your pride. Tenderly whispering sweet nothings into your ear he’ll possibly confess his love for you (Though I hope not).

Okay so I’ll admit sometimes he just needs to relax and keep his f*cking mouth shut. Still, the clean-cut and courteous Good Guy’s positive characteristics outweigh the bad. He’s financially stable, embraces ambition for life-long $uccess, and lives to make you happy. Literally. God forbid he has a sense of work ethic too. Also, chivalry is very much alive for this dude and he’ll practically pre his pants when he holds a door open for you, or when you laugh at his jokes. Regardless, who cares that he is painfully predictable. Chill out, and fairly evaluate what the man has to offer. You’re neither from Gossip Girl nor Pretty Little Liars for crying out loud, Hun. For once, consider giving the lowly gent a shot. Be different. And accept his Friday night date request for 7PM that he texted you three days in advance for, yet you’ve now declined him the past three weeks. If nothing else, enjoy a FREE meal you shallow sloot (I kid, I kid).

My dearest feminine friends, who you kidding? You and I both know you have these guys wrapped around your finger. Don’t believe me? Just check the friend-zone where you dropped them off, odds are, they’re still waiting and willing to pick it up where it never got started. Then again, what’s so great about a Jay Gatsby kind of guy anyway?

All and all, do you really want to be that washed-out looking 25 year old post-grad hitting that epiphany moment of “Wow, I’m seriously single, totally broke, have a liberal arts degree, and live at home with my mom and dad?” Gee, I sure as hell hope not. My advice? Latch onto one of those doctors, lawyers, and CEOs of tomorrow — whom you stand up regularly — while you still can.