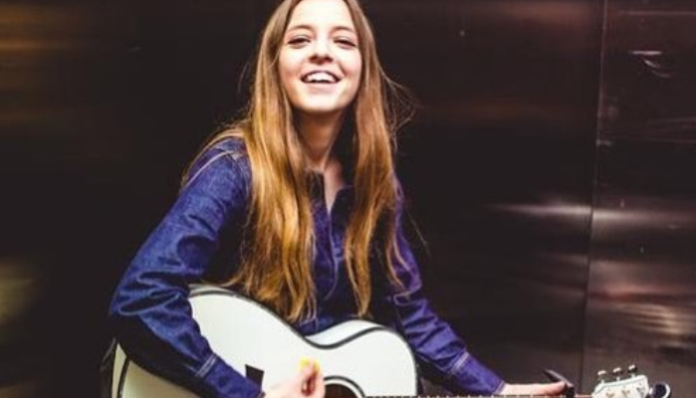 Jade Bird is an English singer-songwriter who has deftly woven the best aspects of Americana, rock, folk, alt-country, alternative, punk, and indie together to create her own signature sound. She’s best known for her unusually raw and gritty voice, which is why fans call her “the next Janis Joplin.” As a lyricist, she’s a compelling storyteller whose gift is striking the perfect balance between toughness and emotional vulnerability. Beneath her fiery, edgy exterior, Bird is a deep feeler… and an expressive one, too.

Jade Bird grew up in a military family in the U.K. and spent her youth listening to 1970’s American folk and rock records, which she cites as one of her biggest influences. She also credits Alanis Morissette as another significant influence on her lyrics and overall sound.

Bird wrote songs throughout her teenage years and established herself as an avid performer. In 2017, she signed with Glassnote Records (the same record label that signed Mumford & Sons). She then recorded her first 5-song EP, Something American, inspired by her obsession with Americana music.

“Lottery” demonstrates Jade’s ability to tell a compelling story about a broken relationship and simultaneously give her performance her all. Her effortless ability to sing about her personal experiences in a style that evokes memories of the greats before her time is truly singular.

The record includes twelve tracks. These include her previously-released, highly-acclaimed singles, “Lottery,” “Uh Huh,” “Love Has All Been Done Before,” “I Get No Joy,” and “My Motto.”

What sets Jade Bird apart from other artists is her thoughtfulness in the artistry behind each of her songs. She expresses a  perfect balance between her gritty side and her soft side. The main themes of this album reflect this striking harmony. She reveals the intricacies of love, broken relationships, loneliness, and 20-something daily life struggles.

Jade Bird’s lyrics are poetic without being complex or overly flowery. She may not be the most profound artist in her genre. Also, most of her songs focus on relationships. But Bird is still a gifted story teller, sharing her personal experience and the way she perceives love through song.

Bird’s producers, Simon Felice and David Baron, have helped her capture the essence of edgy folk-rock with catchy guitar riffs and ‘70s style percussion. However, Jade’s stripped back acoustic songs allow Jade’s crystalline voice to shine through. Clearly, Jade Bird’s vocal debut is not only compellingly sung, but it is also masterfully produced.

As a whole, Something American is a solid first album. This is especially true from a relatively unknown artist that more people need to hear about. Anyone who loves Americana, alternative, and folk-rock music or anyone who’s interested in fresh, different artists should definitely give this album a listen (and if you’re a fan of Maggie Rogers and Sigrid, you’ll probably also love Jade Bird).

Check out the full album below, and comment to let us know what you think!

Why This One Movie Quote Has Stuck With Me For Years