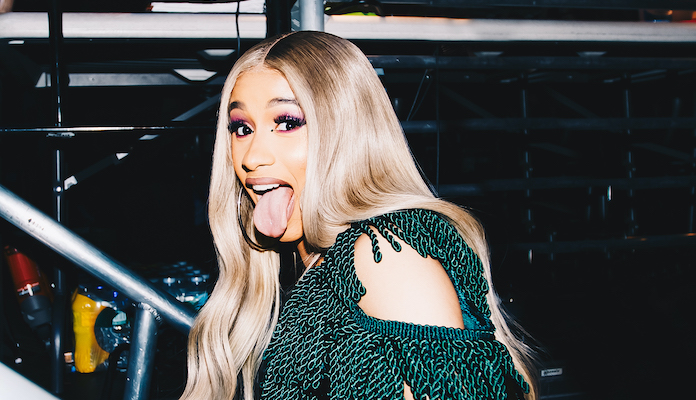 Cardi B. is defending herself after an old video resurfaced. In the video, she admits to drugging and robbing men she took to hotels for sex when she was a stripper in New York.

The red-hot rapper made in the claim in an Instagram live video three years ago.

Someone dug up the video and re-released it within the past week. The video was made as her career was starting to take off and was a response to someone who said she didn’t deserve success because she hadn’t worked hard.

Cardi took some time off Twitter, but came back on Tuesday to explain what she had said back then, what she meant and what she could do now about it. During her absence, criticism flourished across all social media platforms.

“I talked about things I had to do in past right or wrong that I felt I needed to do to make a living,” she wrote in an Instagram post. “I never claim to be perfect or some from a perfect world wit a perfect past I always speak my truth I always own my [past].”

The Grammy winner also pointed out that there are rappers who “glorify murder, violence, drugs and robbing.”

“I never glorified the things I brought up in that live , I never even put those things in my music because I’m not proud of it and feel a responsibility not to glorify it. I made the choice that I did at the time because I had very limited options.”

Cardi concluded, “Whether or not they were poor choices at the time, I did what I had to do to survive. The men I spoke about in my live were men that I dated, that I was involved with. Men that were conscious, willing and aware. I have a past that I can’t change. We all do.”

The video nor Cardi’s response were not well received. #SurvivingCardiB started trending on Twitter–a reference to “Surviving R Kelly,” a documentary highlighting the sexual allegations against the star.

Some users compared her to comedian Bill Cosby, who was sentenced to prison in 2018 for allegedly drugging and assaulting women.

Here are some of the reactions:

The “I Like It” rapper rose to fame following the release of her hit single  “Bodak Yellow” in 2017. Before that, she appeared on VH1’s “Love & Hip Hop: New York.”