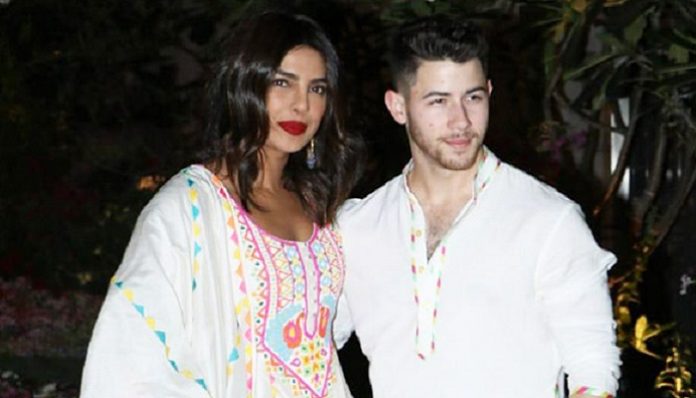 It’s no secret. Nick Jonas–the once totally beloved teenage rockstar — is married. And he has been living it up with his new wife, Priyanka Chopra. Most people have one ceremony, a honeymoon and a rehearsal dinner. Even having two ceremonies isn’t completely crazy. But, like I said, Nick and Priyanka have not let people forget they are officially married.

Yes, the newly married couple has had FOUR wedding ceremonies/receptions and a honeymoon. This may be hard to keep track of, as the events have been spread out and we’ve all been a little too jealous to keep track. (Cause let’s be real, we still wish it was us being called Mrs. Nick Jonas.)

So, here is the ultimate break down of Nick and Priyanka’s wedding festivities:

The happy couple tied the knot in Jodhpur, India in a Christian ceremony at the Taj Umaid Bhawan Palace, surrounded by family and friends.

Nick and Priyanka gave a peek into their special day and shared a message of love and respect with their fans.

“One of the most special things that our relationship has given us is a merging of families who love and respect each other’s faiths and cultures,” they shared. “And so planning our wedding with an amalgamation of both was so so amazing.”

Priyanka posted a picture on Instagram with the caption,

“This is us. My family… Everyone in head to toe @ralphlauren – thank you, we love you!! The most gorgeous jewels 💎 by @chopard And…thank you @sabyasachiofficial for creating my epic Indian lehenga and stunning jewelry. @abujanisandeepkhoslathank you for designing the most memorable settings for all our ceremonies ♥️”

The couple brought both of their families together for yet another marriage ceremony in Delhi.

The newly-married Nick Jonas shared an epic photo from his honeymoon with his new wife.

The happy couple could not get enough of their newly-wedded status. Mr. and Mrs. Nick Jonas celebrated their union, yet again, at the Jonas family restaurant, Nellie’s Southern Kitchen, in North Carolina. The 36-year-old actress and the 26-year-old singer

The couple’s signature logo “NP” was splashed throughout the venue. Family and friends gathered at the restaurant to celebrate. Priyanka posted a picture on Instagram and thanked her new in-laws for the party.

“Fam jam. Thank you @nelliessouthernkitchen @mamadjonas@papakjonas for a wonderful reception! We love you! This was amazing.”

So, there you have it folks. The ultimate breakdown of all the many wedding celebrations for Mr. and Mrs. Nick Jonas. And who knows, they may have another one! They’ve been unpredictable their entire relationship. I guess we’ll have to wait around for the next surprise celebration.

6 Ways To Keep Your Summer Glow During The Colder Months