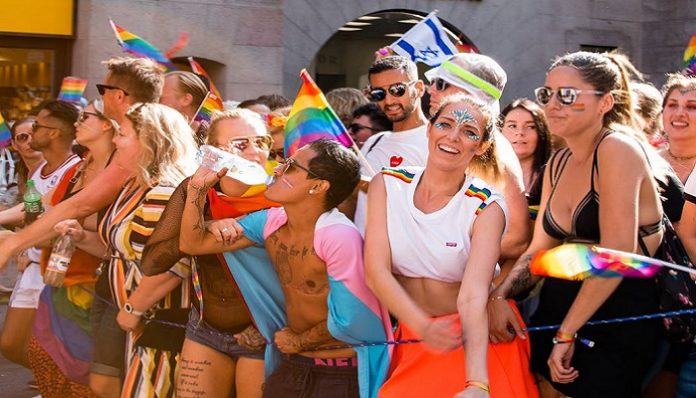 Every June, we recognize Gay Pride Month as a time to celebrate all the beautiful and essential individuals in the LGBTQIA+ community. Individuals in the gay community need to express and embrace themselves for who they are. Cities all over the world have huge parades and celebrations in honor and support of the LGBTQIA+ community. It gives the queer community a place to feel safe and supported by the people of their city and for everyone who’s an ally to come and show support for their LGBT friends and family.

So, as an LGBT ally during gay pride, how can you go about supporting your LGBT friends at one of these events when you’re straight? It sounds as simple as showing up decked out in your rainbows and glitter, but it’s far more complicated than that.

There is a history of injustices in the queer community. Pride Month is a time of celebration, but it’s also a time to reconcile and remember all those who came before us and fought for our ability to be out and proud (even though we’re still not quite there yet).

As an LGBT ally, there’s a lot that straight people need to know before going to Pride.

It may seem harmless to go and have a good time when you know you support the community. Still, the LGBT community has had countless cultural aspects taken from the straight community and has been ridiculed, belittled, and unappreciated at their own events. It’s unacceptable, and there’s a role a straight ally can play in making sure the events this month go off without a hitch.

Being an ally means more than just loving your friends. It’s understanding the struggles that led to marriage equality, knowing the boundaries when it comes to being straight at a Pride event, and being respectful to a very damaged culture.

Here are 10 things straight people at Pride need to know to be the best ally they can be at this year’s Pride events, and every day, for that matter:

Pride may seem like a chance to celebrate and show support for LGBTQIA+. Still, many people aren’t aware that June is Pride Month in honor of the Stonewall Riots in 1969 when the queer community fought back against police brutality and the gay liberation movement began.

As an ally, you must understand and empathize with the queer community to your full capacity, and understanding the history and turmoil is extremely important.

2. The Rainbow Flag is not yours.

It may seem fun and harmless to deck yourself out in rainbow tutus and glitter, but you have to remember that the flag is not yours. The rainbow flag represents the LGBT+ community and their pride, and as an ally, that doesn’t include you.

It’s not that no one wants you to look cute and have a good time, but you have to remember that you’re there as support, not the star of the show. Even though you want to enjoy the funky makeup and costumes, now is not the time. Try a rave or a festival!

There’s a lot of debate over the A in the LGBTQIA acronym, but let’s all be honest here: it makes no sense for an ally to be included in the queer community if you aren’t queer. Whether you think it’s included or not, it’s still not about you.

You’re like the soccer mom on the sideline or a fan at a football game — cheer on your queer pals, show how proud you are, but don’t try and get out there and play. You’ll just embarrass yourself and make everyone uncomfortable. There’s a time and place for everything. Just remember, the rest of the world is built around the straight community, and your gay friends finally have a chance to be in the spotlight. Let them shine!

After you’ve done your fair share of research, you’ll find out that the queer community is rich with culture. There’re tons of words and phrases that the gay community has coined that mainstream culture has taken under their belt (i.e., yas, queen, hunty, etc.).

The queer community has a rough history with appropriation, so just be sensitive to what you’re saying and doing. Especially when it comes to drag culture, don’t try too hard and use “gay slang” just because you’re at pride.

You can love the LGBTQIA+ community with all your heart and still never fully understand what they go through. That’s okay. You’re an ally, which means you love, support, listen and try your hardest to understand. The queer community doesn’t hold it against you; they just want you to hold their hands in solidarity, not understanding.

The best ally you can be is one that knows that you’ll never feel the pain that your queer friends have felt, but you will always love them in a way that shows your unity with them.

Why You Should Not Have To Justify Your Dating Habits

4 Tragic Stories That Prove You Should Never Buy A Puppy...

78 Things You Probably Forget To Be Thankful For