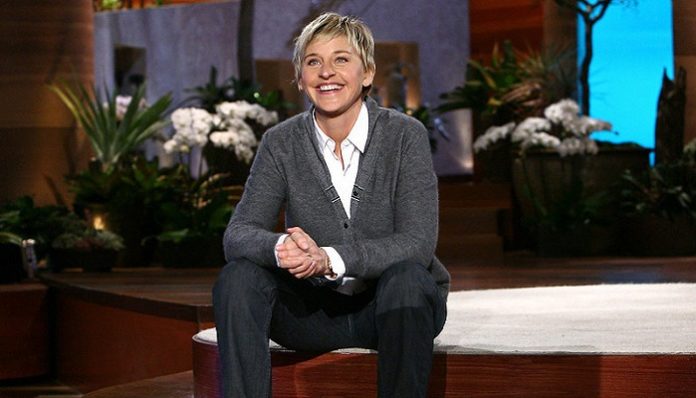 She recently opened up about conflicting feelings regarding her contract renewal, which would extend the show until summer 2020.

Although children recognize her voice as Dory the Blue Tang, DeGeneres’s best known as the well-dressed host of her daytime talk show. On the show, DeGeneres jokes with celebrities. She also spreads messages of kindness through her non-famous guests.

The Ellen Show is often lighthearted, but always inspirational.

The 60 year old comedian discussed her difficult decision regarding her show in a recent interview with The New York Times, in which she explained how she turned to both her brother, Vance DeGeneres and beautiful wife, Portia de Rossi, for advice.

According to Ellen, Vance encouraged the contract renewal. He believes society needs her light-hearted attitude and positive messages now more than ever. DeGeneres’ wife Portia simply believes Ellen can do more than host a talk show.

Ellen recounts, “[Portia] gets mad when my brother tells me I can’t stop.” Portia quickly jumped in to explain herself, “I just think she’s such a brilliant actress and stand-up that it doesn’t have to be this talk show for her creativity, there are other things she could tackle.”

As the interview continued, the two discussed the idea of Ellen taking on more voice work and possibly a podcast.

DeGeneres also mentioned she wants to do another movie and would like to play someone unappealing. As if Ellen could ever be unappealing! Portia summed it up entirely stating, “I don’t see the end of her show as her career ending.”

For now, we are guaranteed a couple more seasons of Ellen’s show (including a load of outfit goals!). There may come a time in the somewhat-near future where we will not have her uplifting conversations to get us through the week, though. So, take in all the power of love you can, and keep cultivating kindness with her.

Featured image via ronpaulrevolt2008 on Unsplash