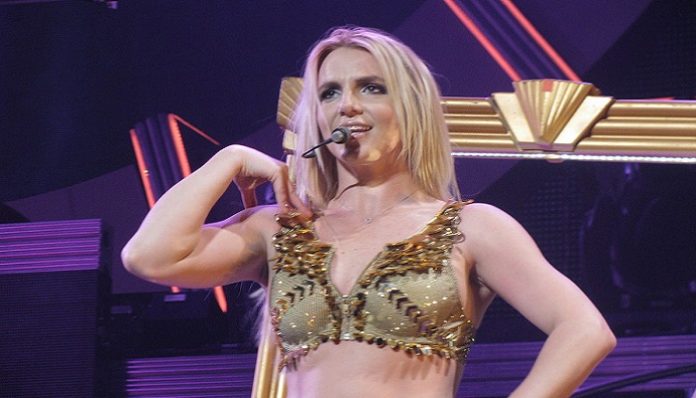 Time flies so quickly — It’s been 20 years since Britney Spears debuted her first-ever musical strike, “…Baby One More Time.” Her first hit gave rise to a pop legend and raised the bar for every artist to follow. The song was a massive success —  it went #1 everywhere it charted and remains one of the most popular, impactful songs of our time. Here are 3 things “…Baby One More Time” has changed forever, inspiring present-day pop culture in its wake.

The visual representation for “…Baby One More Time” sparked controversy immediately. That tied-up shirt a bored, 17-year-old, Catholic high school Britney wore got all eyes on her. It sure paid off well, though, considering that many people still rave that Britney video. TRL even used it as the encore for its final show back in 2008.

Britney once expressed her awareness of being a mascot for young generation on an interview for her 1999 Rolling Stone cover story, which featured Brit in that ‘barely-there’ outfit, became the most infamous front page of the 90’s. Thereupon, the media was always about over-sexualizing her resemblance, at odds to her narrative about being cautious to act in front of youngsters. These, eventually, were an inception of teenage sex appeal in the pop industry. Christina Aguilera and Jessica Simpson are just a few of young pop superstars who were pitted against Spears using similar media image. Her appearance with “…Baby One More Time” exposed pop to its mighty again, finally since Michael Jackson and Madonna.

On a past interview to promote her now-ending Las Vegas residency, “Piece of Me,” Brit mentioned that she’s  “set the bar kind of high for [her]self.” Brit’s words definitely explain why she never seems to slow down. Since “…Baby One More Time” saw the light for the first time, Spears has been perpetually surprising humanity with extravagant music videos, BOPs, remarkable TV performances, daring world tours, and award-winning residency. It is blissfully not a coincidence that she reigns over pop royalty. Britney has nothing left to prove, and her sole competition is herself.

There would be no Selena Gomez, Miley Cyrus, Ariana Grande, or Camila Cabello if Britney Spears had not  pushed boundaries with her masterpieces. Beyond limitation of pop, those endeavors to create supreme VMAs moments (Taylor Swift, Lady Gaga, Nicki Minaj) would be nonexistent if it wasn’t for Britney Spears’ attention-grabbing performances. Las Vegas residencies, even without her initiation, are now a mainstream way of success. This sums up with a fact that everybody is stepping up their game too, using Spears’ standard.

For many fans, “…Baby One More Time” holds special memories. On Instagram, a woman l said that the song marked the transition of her collection from cassette to CD. A man commented that it was his reason to dance outside with a boombox. Someone else mentioned that her friend sang it in the 7th grade talent show.  A mother said she would blast the song while cleaning the house, and today, her kids know every word.

My personal memory with the song, well, it was the fifteenth Britney Spears’ song that I heard after listening to international edition of In The Zone when I was 6. The next night my mom bought me the “…Baby One More Time” cassette, and that was when fell in love with the title track. I’ve been a bigger Britney fan ever since and listen to her music constantly — during finals week, when I’m feeling blue, even when I pray (“Gimme More”).