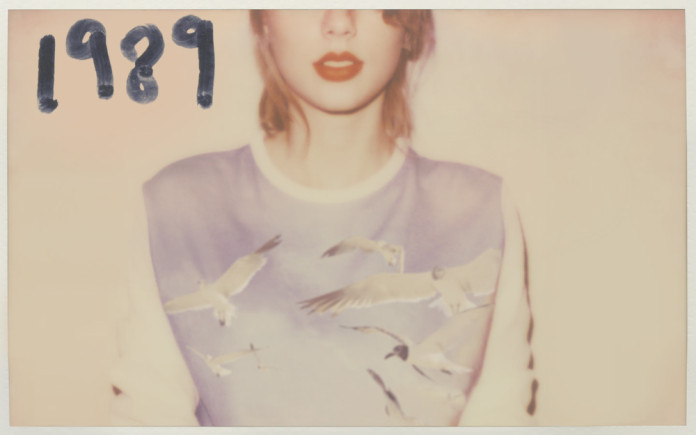 Taylor Swift’s highly anticipated and heavily touted fifth studio album, 1989, dropped Monday leaving the music industry and “Swifties” far and wide in a craze. My love for her has known no bounds ever since I bought her debut album Taylor Swift in 2006 at the fan-girling apex of 11 years old, and once again she proves that she’s still got it.

Singles like “We are Never Ever Getting Back Together” and “I Knew You Were Trouble” had Swift blurring and subsequently straddling genre-defining lines on 2012’s Red. But with 1989, she does no such thing. The transition is clear. She’s flown the country coop and spread her pop wings, leaving the genre she once called home to bite the dust.

For those of you who mourn the loss of Nashville’s golden girl to her new cosmetic, grandiose pop sound, cheer up. I initially felt the same way. My nostalgic, tweenaged heart yearned for songs infused with original Taylor Swift circa Fearless. There’s no denying that she’s ditched the bluegrass banjos and teardrops on her guitar. (A Swift classic.)

What we love so much about Swift isn’t the instruments she uses but the lyrics she pens. Those lyrics still exist on this album. Yes, it’s true that there are no more modern day Shakespearian tragedies-turned-fairytales (“Love Story“) or heartfelt confessions from a friend-zoned nerd on the bleachers (“You Belong With Me”) on 1989, but do you really want more of that anyway? No. I certainly don’t. She’s nearly 25-years-old, for crying out loud. Time to grow up.

On the contrary, for those of you who abhorred her confessional broken-hearted anthems, engineered naivety (all those gasps and “Oh My Gods” at award shows), and keen ability to act 17-years-old for, like, ever (See what I just did there?), you might actually like Taylor Swift 2.0.

At the very least, you should give 1989 a chance. She’s shed that school-girl skin. Her lyrics mark the first real sign of maturity we’ve seen in awhile. There’s less of “but you carry my groceries and now I’m always laughin’” (SO cringe-worthy) and a little more of “You’re still all over me like a wine stained dress I can’t wear anymore.” Sure, she still sings about love and relationships, but she doesn’t do so as the slighted, heartbroken girl she’s painted herself to be on other albums.

My personal favorites: “Blank Space,” “Style,” “Out of the Woods.” Kidding. All of them.

(Try to get that out of your head now.)

Why I Disappeared: To All The Guys I Never Texted Back