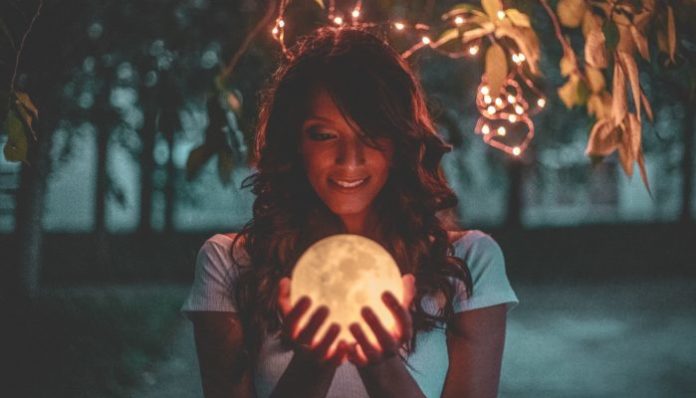 When you’re out shopping, you may have noticed flashing neon signs on storefronts that read, “PSYCHIC”. Most people ignore them and just walk by. However, for some, it’s a session with a spiritual advisor—a life coach with special powers. Or, it’s an appointment with a medium to connect with loved ones that passed. But for others, it’s an entertaining activity for a few dollars. Until it’s not.

For me, I purchased my first psychic reading from Groupon with my friend for fun. We received our reading together, in the same room. The psychic first told my friend that she will go to school for one thing, then embark on a trip that will influence her to switch studies. That part of her reading weirdly reflected a recent period of my life. I had just left business school and entered fashion school because of an incident on a trip to New York City. After, the psychic told me that I was cursed, which will prevent me from being with my soulmate because of other women. My friend ended up graduating from the initial program she was in.

Did our fortunes get mixed up? We’ll never know.

I’m not the only one with this strange experience. Here are some other bizarre ones:

“My husband and I thought it’d be fun to try to call one of those psychics you would see advertised on late night tv. I got this woman…she told me I was pregnant. My period wasn’t due for another week but we’d been wanting a baby. She even knew that I’d suffered a miscarriage 2 months before! Went out the next day and bought a pregnancy test…sure enough, both tests in the box came back positive and after a dr’s appointment, it was confirmed! And she was right…I had a baby girl!”
— deanie1970 via reddit

“My first reading was really accurate in terms of my career and some secret things that no one really knew about me. She picked up on things such as where I specifically worked, what my dream career was and about my goals for a future in terms of a family. The medium reading was by far the most spot on, since she channeled my deceased relatives perfectly and really nailed their causes of deaths and certain catch phrases they would use. My second reading with a different psychic was with someone who had written books, been on national television and was an acclaimed psychic. Right off the bat she predicted certain things that have already come true, such as: me working in a restaurant, getting a job through the connection of someone I worked with and a major life changing event that would affect a close friendship. She was also very specific describing a love triangle I’m in.”
— Brittany Christopoulos

“I was told that within 2 years of that reading I would be married, with one child, and living in another state. All came true.”
— char1emagne1 via reddit

“I am a teacher and one of my students (self proclaimed witch-in-training) gave me a past, present, future tarot card reading. The past card told me I had amazing relationships with everyone, and the present one was about how I am frustrated that someone in my life is not fitting the pattern of my past, always-pleasant relationships. This came days after I got out of a relationship with a boy I had been dating for four months. The breakup was messy and I remember being completely shook that she had nailed my life situation PERFECTLY. Mad creepy.”
— Tania B.*

With these stories in mind, don’t underestimate the mysterious person behind the crystal ball, the tarot cards, or whatever they need to read you. They could be miraculously gifted or be an amazing mentalist. Either way, we know the only real psychic is you. The future is in your hands.

Featured image via Photo by Oleg Magni from Pexels