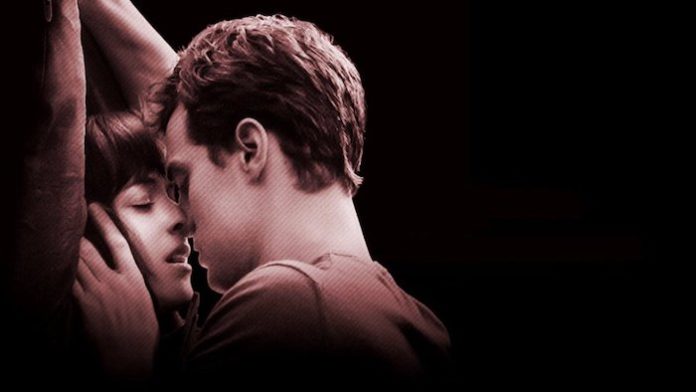 If you’re under the impression that erotica novels are cheesy and boring, you’re in for a pleasant surprise. The truth is that these kind of readings is an amazing form of literature. It’s always fantastically orgasmic, vagina-blowing, and cock-swelling, and it will blow your socks off… literally! Erotica taps into all kinds of human emotions.

In erotica, the sex is super hot.

The sex scenes are literary fiction, so they’re entertaining. and The authors are skilled at steamy, romantic, arousing sex writing. TV and movies’ sex scenes are OK, but there’s something even better about the descriptive language authors use to set the mood and make the steamy excerpts really come to life.

I’ve gathered up the sexiest excerpts from some of the books I’ve read. Just an FYI: You may want to have access to a cold shower before you get started on these.

1. Night After Night by Lauren Blakely

“He drove his tongue inside her, setting off another shattering moan that was music to his ears. She was quite an instrument to play, so finely tuned, and if he touched her right, she made the most glorious sounds — raw, intense, absolutely delicious noises of pleasure as he plundered her with his tongue. She grabbed his hair, yanked and pulled him closer as he’d told her to do. He thrust one finger inside her, crooking it and hitting her in the spot that turned her moans into one long, high-pitched orgasm. She shuddered against him, her legs quaking, and when he finally slowed to look up at her, he saw her hair was a wild tumble, and her face was glowing.”

“Ringo came and took his place on top of me, while the third boy, who was more reserved than the other two, rested on one elbow beside us and ran his hand over my upper body. Ringo’s body was very different from Andre’s, and I liked it better. He was taller, more wiry, and one of those men who isolate the action of the pelvis from the rest of the body, who thrust without smothering, supporting their torso with their arms. But Andre seemed more mature to me, his flesh was not so spare, he already had less hair and I liked going to sleep bundled up next to him with my buttocks against his belly, telling him we were a perfect fit.”

“He leans down and kisses me, his fingers still moving rhythmically inside me, his thumb circling and pressing. His other hand scoops my hair off my head and holds my head in place. His tongue mirrors the actions of his fingers, claiming me. My legs begin to stiffen as I push against his hand. He gentles his hand, so I’m brought back from the brink … I come instantly again and again, falling apart beneath him … then I’m building again … I climax anew, calling out his name.”

“They began to make love against the library shelves which creaked with their movement. It is common enough at such times to fantasize arriving in a remote high place. He imagined himself strolling on a smooth, rounded mountain summit, suspended between two higher peaks. He was in an unhurried, reconnoitering mood, with time to go to a rocky edge and take a glimpse of the near-vertical scree down which he would shortly have to thrown himself. It was a temptation to leap into clear space now, but he was a man of the world and he could walk away and wait. It was not easy, for he was being drawn back and he had to resist…

…She was calling to him, inviting him, murmuring in his ear. Exactly so. They would jump together. He was with her now, peering into an abyss, and they saw how the scree plunged down through the cloud. Hand in hand, they would fall backward.”

“When the music starts again, the lone voice singing a seraphic note, I follow the same pattern as the glove and the flogger — but this time with my mouth, kissing and sucking and worshiping every inch of her body. I tease each of her nipples until they are glistening with my saliva and standing at attention. . .  My tongue trails down to her belly, around her navel, loving her. Tasting her. Venerating her. Moving down, through her pubic hair to her sweet, exposed clitoris that’s begging for the touch of my tongue. Around and around I swirl, drinking in her scent, drinking in her reaction, until I feel her tremble beneath me.”

6. The Notebook by Nicholas Sparks

“The world seemed dreamlike as she pulled back from him, the firelight setting her face aglow. Without speaking, she started to undo the button on his shirt. He watched her as she made her way downward. With each button he could feel her fingers brushing against his skin, and she smiled softly at him when she finally finished… She felt short of breath as he lowered his head and kissed between her breasts and slowly ran his tongue up her neck. His hands gently caressed her back, her arms, her shoulders, and she felt their heated bodies pressed together, skin to skin.”

7. Bared to You by Sylvia Day

“My head thudded against the glass, heat pulsing through my blood from the point where his tongue was driving me mad. My leg flexed against his back, urging him closer, my hands cupping his head to hold him still as I rocked into him. Feeling the rough satin strands of his hair against my sensitive inner thighs was its own provocation, heightening my awareness of everything around me…”

8. Protecting What’s His by Tessa Bailey

“But one more thing.” Derek leaned forward, resting his hands on either side of her on the counter, then dipped his head lower. Ginger’s mind reeled as he ran his tongue upward in one long lick of her neck. “The longer it takes me to get between your thighs, the rougher I’m going to be when I finally get there. Understand?” (yes Derek) “Do you feel that, baby? That’s your man moving inside you.”

If you’re looking for a new turn-on, go grab an erotica book. After all, the mind is the largest sexual organ in the body, so it’s about time you put it to use.

Featured Photo via 50 Shades of Grey

I Shouldn’t Have To Live My Life The Way Society Wants...